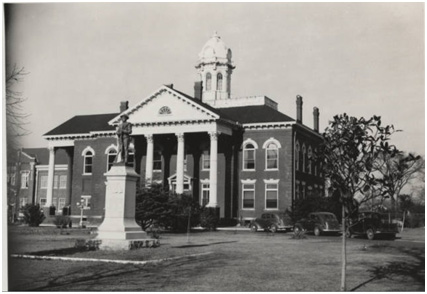 Unveiling & Dedication: The monument was dedicated on May 10, 1926. According to a personal account, Senator Simmons from New Bern made a speech, and bands played.

Subject notes: In contrast to the destruction visited on other major cities and ports in the south during the Civil War, Beaufort was left untouched and was occupied by Union forces beginning in April 1862.

Location: The statue sits on the south lawn of the County Courthouse in Beaufort and faces outward toward the street.

Landscape: The statue sits on the lawn surrounded by plantings, hedges, and mature trees.