Taking of the Confederate flag at Elizabeth City

A sailor stands on the railing of a ship and pulls down the Confederate flag amid smoke. Caption reads: "Jas. H. Raymond taking the rebel flag from the burning gunboat Fanny at the brilliant naval action at Elizabeth City shortly after the capture of Roanoke Island."

According to the New York Historical Society Museum and Library,

The Fanny was originally operated by the United States Army Quartermaster Corps. On August 3, 1861, while on the James River, balloonist John LaMountain made an ascent from the deck of the U.S.S Fanny to observe Confederate positions, making the Fanny a balloon carrier. After the Federals captured Hatteras Inlet the U.S.S Fanny was used to supply a Union army outpost at Chicamacomico north of the Cape Hatteras Lighthouse. On October 1, 1861, it was surprised by a Confederate gunboat squadron. After a brief engagement, the U.S.S Fanny was run aground and surrendered. A large quantity of commissary and quartermaster's stores was captured with the steamer, which was refloated and taken into the Confederate Navy. Four days later the C.S.S Fanny participated in a relatively large Confederate effort to encircle and attack the Union encampment at Chicamacomico, destroy the Cape Hatteras lighthouse, and recapture the forts at Hatteras Inlet. The initial landing effort was successful, yet the encirclement effort failed, and the Union troops were able to retreat back to the Hatteras Lighthouse. The C.S.S Fanny spent the next four months patrolling Pamlico Sound and reconnoitering Hatteras Inlet. On February 7-8, 1862, the C.S.S Fanny engaged the Union invasion force in the battle of Roanoke Island. The ship eventually retreated to Elizabeth City when ammunition supplies ran low. On February 10, 1862, the Fanny was attacked by Federal gunboats advancing from Roanoke Island. In the ensuing battle it was run aground and blown up by her captain who escaped with his crew to shore. 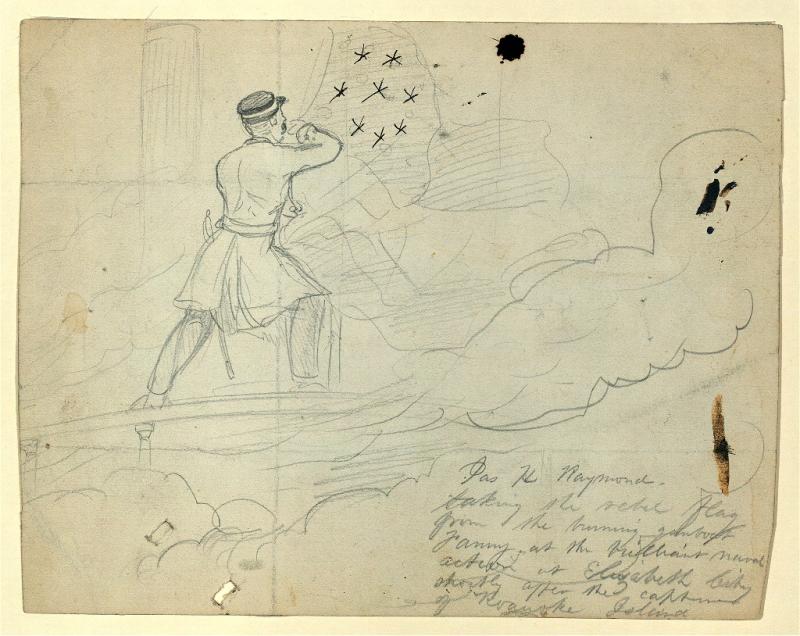