Then from their Dens the rav’nous Monsters creep.
Whilst in their Folds the harmless bestial sleep.
The furious Lion roams in quest of Prey.
To gorge his Hunger till the Dawn of Day;
His hideous Roar with Terror shakes the Wood,
As from his Maker’s Hand he asks his Food.
Again the Sun his morning Beams displays,
and fires the eastern Mountain with his Rays.

The Greatness of the Power, which
has been exerted in the Creation, through
every Object in Nature shews it, will best ap-
pear by considering a little the GREAT Works,
properly so called, of Nature; the Sun, and Pla-
nets, and the fixed Stars. The Sun and Moon,
the most conspicuous to us of all the celestial Bo-
dies, are the only ones mentioned in the sa-
cred Text: But the Invention of the noblest
of Instruments the Telescope, and the Sagaci-
ty of the Astronomers of later Ages, whose
Observations have improved and corrected those
of the foregoing, afford us a very different I-
dea of the Solar System, from what the single
Consideration of those two most conspicuous
Bodies gives us. As this may probably fall in-
to the Hands of some, who have not Leisure or
Opportunities of reading Books of Astronomy,
the following brief View of our System, and
of the Immensity of the Creation, according
to the Theory of the Moderns, may not be
unacceptable.

It is proper, in the first Place, just to men-
tion, That the real Magnitude, Distances,
Orbits, and other Affections of the Bodies of
our System are determined by what Astrono-
mers call the Parallaxes, and by their Elon-
gations from the Sun, and their apparent mag0
nitudes, and other analogical Methods, which
would take up by far too much Time to ex
plain here; by which it is possible to determine 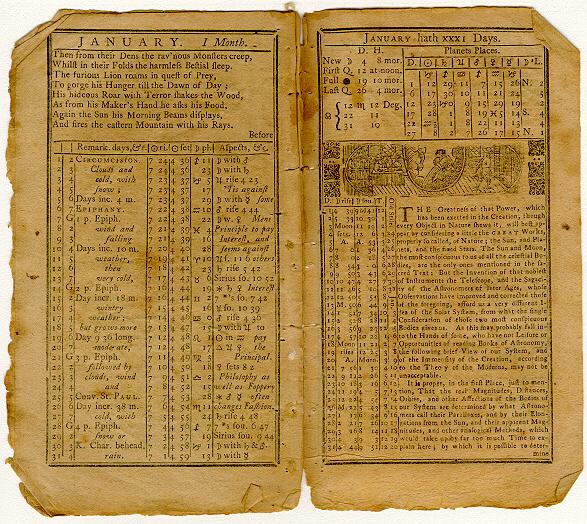