Leaders of the Knights of Labor

During the late nineteenth century, many workers joined unions in hopes of improving their working conditions and wages. In just three years between 1877 and 1880, the number of national unions grew from three to eighteen.

The Knights of Labor was one early labor union, organized in Philadelphia in 1871 by garment cutters. In its early days, the Knights of Labor was a a secret society, which fueled rumors in the press that they were dangerous or violent. The rumors were encouraged by factory owners who feared that organization of their workers would lead to strikes. 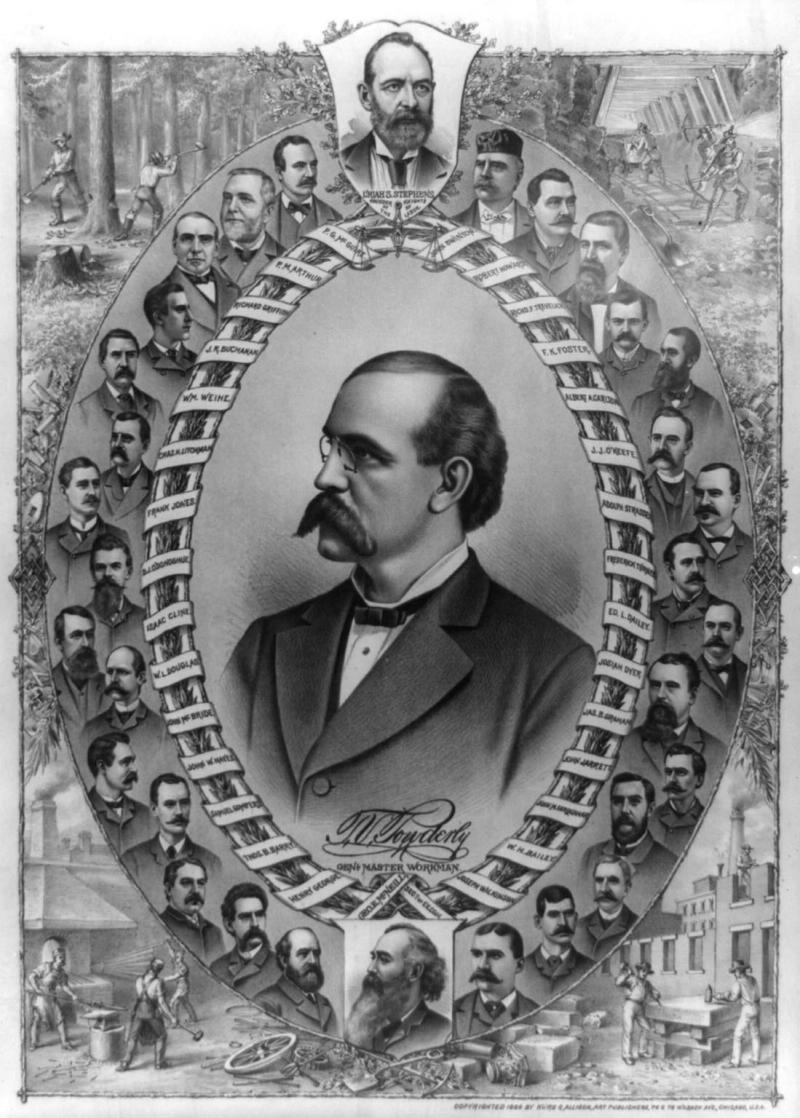 Read the related article:
The Knights of Labor
The Struggles of Labor and the Rise of Labor Unions
Usage Statement: