This elaborate temple at Tay Ninh, located about 60 miles northwest of Ho Chi Minh City, was constructed between 1933 and 1955. The congregation, seen from behind, sits cross-legged on the floor with their hands held up in front of their chests. White robes are worn by lay congregants and solid color robes of red, blue, or yellow are worn by high priests. Cao Dai was created in the 1920s by Vietnamese spiritualists who drew upon, and added to, ideas from the four most influential religious philosophies in Vietnam: Buddhism, Daoism, Confucianism, and Christianity. 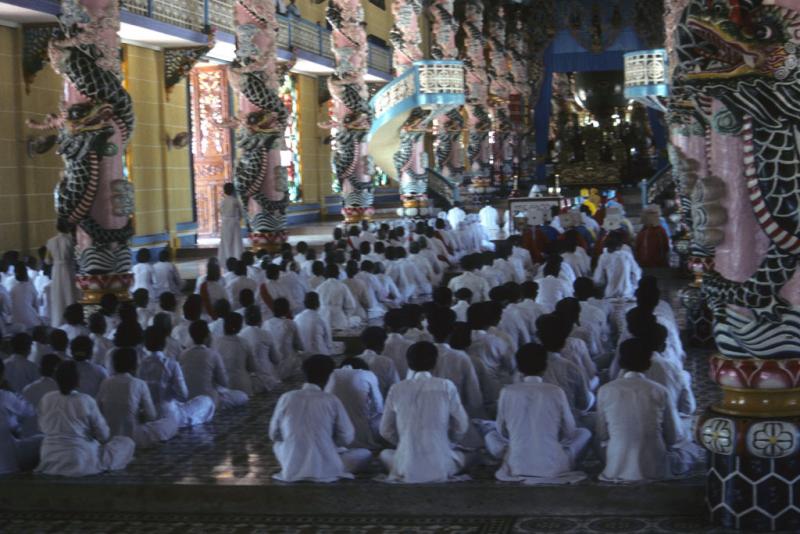