Several different crops grow while a cow lies in the agricultural fields south of Riobamba, Ecuador.

Even though Ecuador exports large amounts of oil, it remains an agricultural country. Near the urban areas the most common crops are corn, wheat, barley, and potatoes, while near the coastal bananas, cocoa, and coffee are grown for export.

Riobamba has a long and storied history. Its convenient location in the highlands between the coast and the jungle has made it an important crossroads in the development of Ecuador. It first was home to several indigenous communities before the arrival of the Inca empire. The town was an important outpost for the empire until the conquest of the Spanish in the sixteenth century. In fact, Riobamba was the first Spanish settlement in Ecuador.

In more recent days, Riobamba boasts of one of Ecuador's largest railway junctions and dozens of roads join at the town. Indeed, many residents claim "all roads lead to Riobamba." Because of its close proximity to the volcano of Chimborazo, Ecuador's tallest peak, the town is a popular jumping-off point for ecotourists. It is also an important city for domestic trade, since it is midway between Ecuador's two larges cities: Quito and Quayaquil. For all these reasons, Riobamba is a bustling city with a growing population. Even so, the city has managed to retain its wide streets, colonial architecture, and colorful flora. 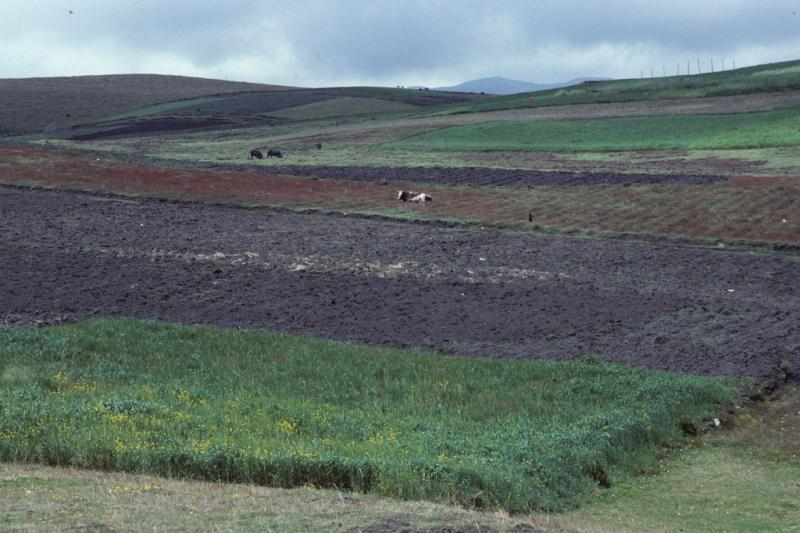