A Cham tower with ascending smaller levels and rounded corner towers is seen through an archway in the Po Nagar complex at Nha Trang. Tall arched forms are characteristic of these monuments built of brick and stone by ethnic Chams between the seventh and twelfth century A.D.

This building is called the Mandapa, signifying it is an entrance building or meditation hall. Dated to the early 800s A.D., it is thought to be the earliest surviving structure at the Po Nagar site. Both Cham and Vietnamese worshippers still use this site where the remaining buildings are each dedicated to a different Hindu deity.

Only four towers of at least seven temples remain standing at this Hindu complex which is named after a local goddess of rice farming, Po Nagar. Built during the Hindu period, Po Nagar images sometimes are depicted in the form of Uma, the ten-armed wife of the Hindu god Siva. Po Nagar also became a popular goddess with many ethnic Vietnamese who settled in the region. They dress statues of Po Nagar in Mahayana Buddhist robes.

Maritime trade between India and China led to the spread of Hindu and Buddhist ideas to many parts of coastal Southeast Asia during the first millennium A.D. Chams once ruled a Hindu kingdom called Champa whose influence extended through what is now southern Vietnam and Cambodia.

The Champa kingdom competed with the Hindu Khmer kingdom centered in Angkor (now in Cambodia) as well as with the Chinese-influenced people of northern Vietnam. Similar buildings dating from roughly the same time period and Indian influence can be seen in Cambodia as well as in Java and southern Sumatra, Indonesia where the Hindu-Buddhist kingdom of Srivijaya ruled by A.D. 700.

Chams, now relatively small ethnic minorities living in both Vietnam and Cambodia, speak an Austronesian language related to Malay, Indonesian, and Philippines languages. Like most other coastal Malays, they adopted Hindu practices before A.D. 1,000, but then turned towards Islam when trade and political dynamics changed between A.D. 1500 and 2000. In Vietnam today, ethnic Chams are divided into separate Muslim and Hindu communities. 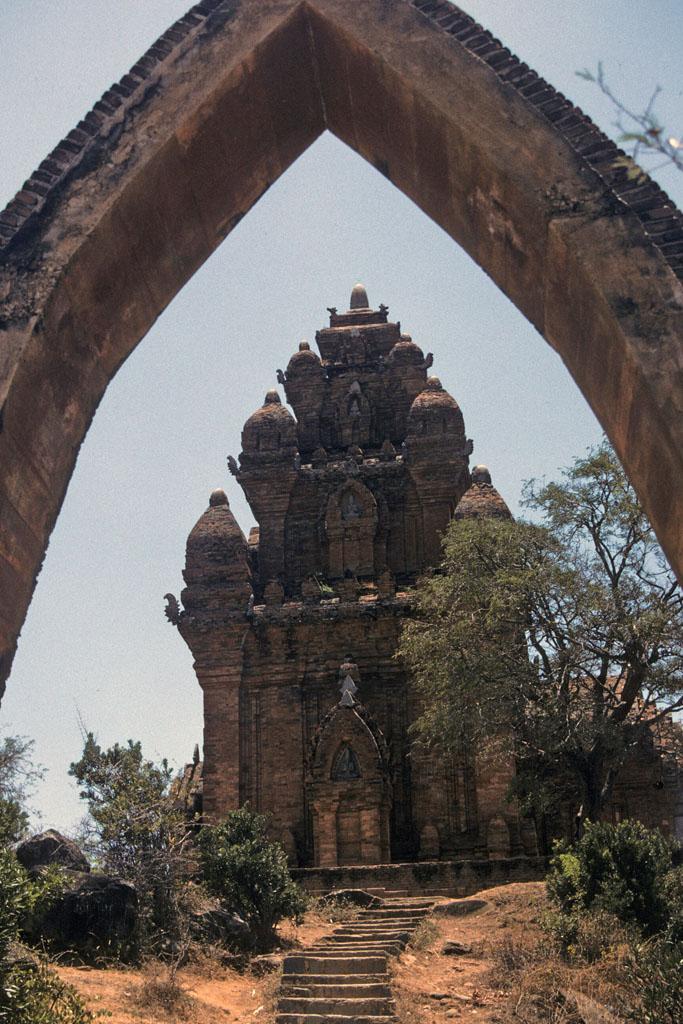