This All-Seeing Eye image framed in a triangle surrounded by sun rays and carved lotus blossoms is displayed in the Cao Dai temple at Tay Ninh. The elaborate temple, located about 60 miles northwest of Ho Chi Minh City, was constructed between 1933 and 1955. Cao Dai is a relatively new religion created in the 1920s by Vietnamese spiritualists who drew upon, and added to, ideas from the four most influential religious philosophies in Vietnam: Buddhism, Daoism, Confucianism, and Christianity.

"Cao" literally means "high," while "Dai" means "tower," "palace," or "abode." The combined verbal image is used to represent both a heavenly place and a Supreme Being envisioned as creating all religions and beings on the earth. The visual symbol used by Cao Dai followers for this Supreme Being is an all-seeing eye.

Cao Dai's founder, Ngo Van Chieu, had a vision that the union of East and West, religious and secular philosophies would lead to a more peaceful and tolerant world. The French writer Victor Hugo was among the Westerners particularly admired as saints by Cao Dai founders. His likeness appears in their temples along with images of Chinese nationalist leader Sun Yat Sen and honored Vietnamese poets. The temple also displays images of the Daoist poet Lao Tze, Confucius, Buddha, and Jesus. 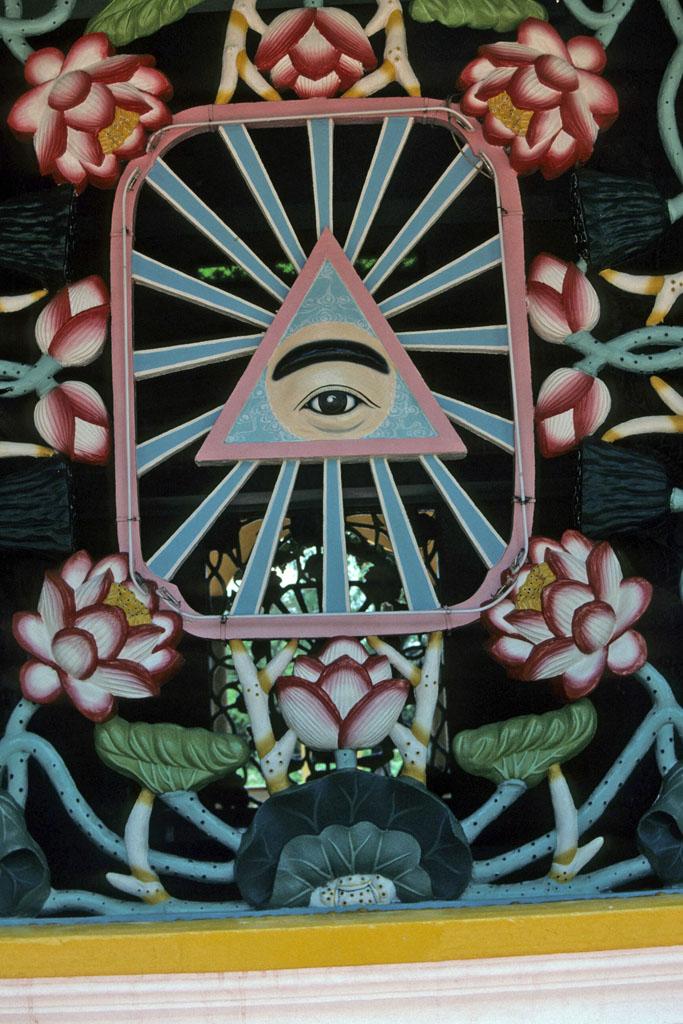