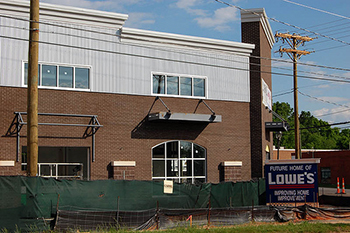 Lowe's Companies, Inc., headquartered in Mooresville, is a North Carolina-based building supply and home improvement firm that has grown into one of the nation's largest retailers. Lowe's was founded in 1921 in North Wilkesboro by I. S. Lowe as a single hardware store. Lowe soon brought his son and a son-in-law, Carl Buchan, into the business. Buchan became sole owner of Lowe's in 1952 and oversaw its expansion to a chain of 15 stores by 1960. Lowe's experienced rapid growth in the 1960s and 1970s, becoming a publicly held company beginning in 1961 after Buchan's death. At about the same time, a profit-sharing plan was instituted for employees. In 1979 Lowe's was listed on the New York Stock Exchange. 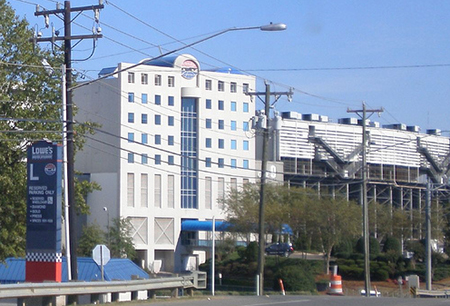 During its early years, Lowe's sold its products mainly to professional contractors, and its store design resembled that of small local hardware stores. When Robert Strickland became chairman of the company in 1978, he implemented a marketing plan to target do-it-yourself homeowners. By the mid-1980s, following a national trend, more than one-half of Lowe's sales were to nonprofessionals in the general public. Competing with Atlanta-based Home Depot, Lowe's stores became huge, warehouse-style buildings. The company's product line was also expanded beyond its large tool and building supply inventory to include appliances, home decorations, and garden products. By 2006 Lowe's was the nation's second-largest home improvement retailer behind Home Depot, with more than $43 billion in sales and 1,250 stores in 49 states.