I visited Sallie Powell in Elizabethtown to learn about an all-but-forgotten landmark of African-American history: the swimming beaches and campground at Jones Lake. Created in 1939, Jones Lake State Park was the state's first all-black state park and one of the very few public beaches not off-limits to blacks during the era of Jim Crow racial segregation. Black families from as far away as Raleigh and Durham took their vacations there. Many still recall how much they cherished those summer idylls.

Now integrated, the state park is 100 miles southeast of Raleigh, just outside of Mrs. Powell's hometown, Elizabethtown. She and her husband, Dewitt Powell, a park ranger and superintendent, lived in the state park for 30 years.

This is the second part of my interview with Mrs. Powell. The first, on her career as a mathematics teacher, appeared in my column in February. 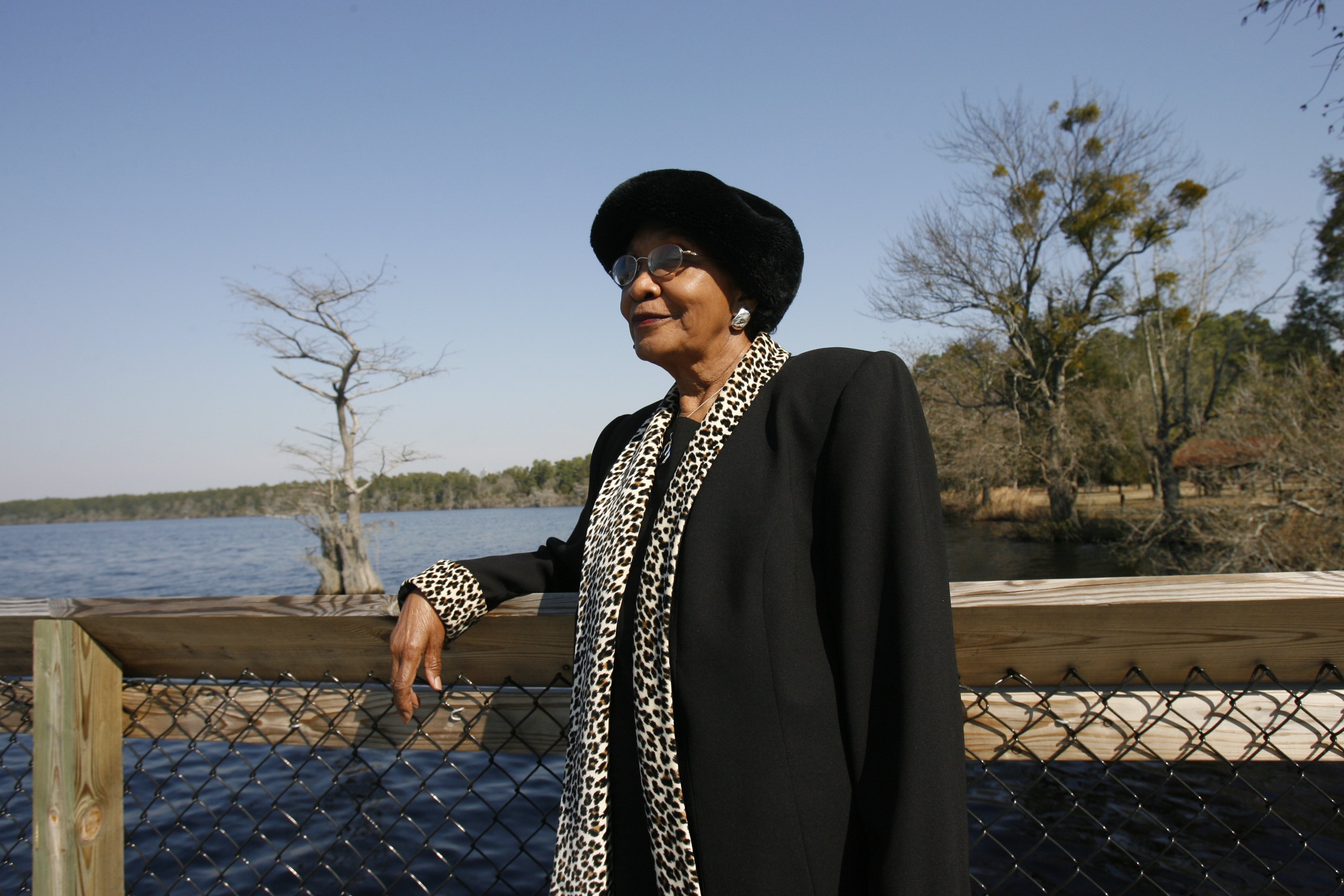 Seward, Chris. "Sallie Powell."  Photograph. 2007. To request permission for further use or to purchase a print, please contact the News & Observer.