Mary Everett: The End Of The Century Book Club

Mary Everett belongs to one of the state's oldest book clubs, the End of the Century Book Club in Greenville. For its 100th anniversary celebration last year, Everett studied the club's minutes, correspondence and yearbooks all the way back to 1899. She shared her research at a banquet that brought together all 25 of the city's women's book clubs.

Hundreds, maybe even thousands, of women's book clubs continue to flourish across North Carolina. Their members carry on a tradition that dates to the Progressive Era from the 1890s into the 1920s. Bringing women into public life for the first time, those early clubs talked about books but also were at the forefront of social and political issues in their day.

Mary Everett and the 23 other members of her book club are especially proud of Sallie Southall Cotten, the club's founder and a pioneer in the women's club movement in North Carolina. 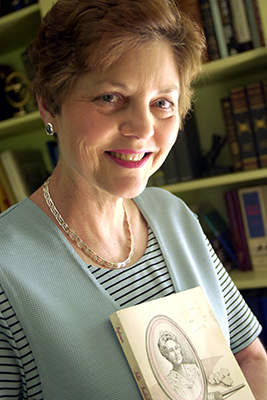 Seward, Chris. "Mary Everett."  Photograph. 2001. To request permission for further use or to purchase a print, please contact the News & Observer.