I visited Lois Epps Jones in High Plains, an Indian community north of Roxboro, in Person County. Her great-grandfather found refuge in High Plains during the Cherokee Removal. Now she is one of the community elders seeking federal recognition for the High Plains Indians.

Like so many rural women before and since, Jones had to leave a beloved community to gain her own freedom. In 1941 she left High Plains to become an Army nurse. She would not return home for good for 35 years. It was the turning point in her life.

The hardest part was saying goodbye to her father, a tobacco farmer named Alexander Epps. 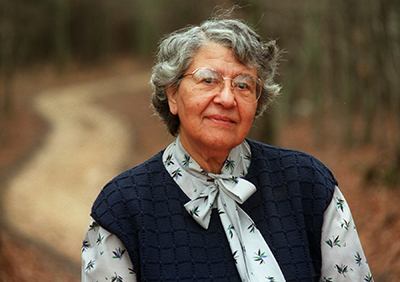 Seward, Chris. "Lois Epps."  Photograph. 1999. To request permission for further use or to purchase a print, please contact the News & Observer.