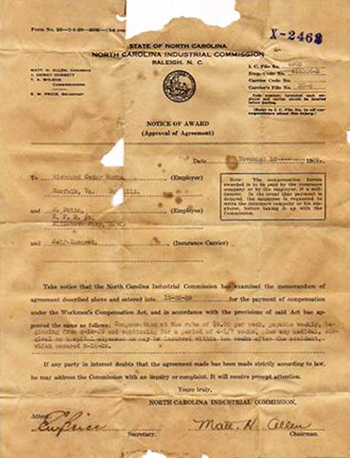 The Industrial Commission is the state agency that administers the federal Workers' Compensation Act, which provides compensation benefits for industrial injuries. The purpose of the act is not only to offer a swift and certain remedy for an injured worker, but also to ensure a limited and determinate liability for employers. The Industrial Commission was created by the North Carolina General Assembly in 1929. The governor appoints its members for six-year terms.