See also: North Carolina State Parks in NCpedia for a listing of North Carolina's state parks, many of which have associated historical sites, and links to articles 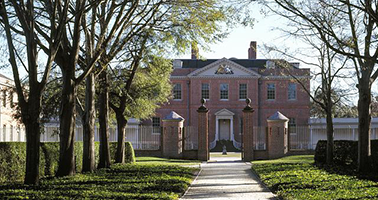 North Carolina has a wealth of historic areas, townships, buildings, battle sites and even a World War II battleship! These sites have been witnesses to the births of future presidents, the assemblies of governing bodies, great advances in science and the arts, and the conflicts of armies. The growth and depth of North Carolina's 400 years of existence and impact on the nation and the world can be traced at these historic locations.

Please choose a link from the list of state and national historic sites below (the link will take you to the historic site's website) to learn more about its history, location, and hours of operation.

For links to more history and heritage sites in North Carolina, go to VisitNC.com and ncculture.com. Additional information is also available online for those sites that are a part of the NC Department of Cultural Resources and its Division of North Carolina Historic Sites.