"Courage above and beyond the Call of Duty"

During World War II, the United States government awarded a variety of medals to recognize acts of courage “above and beyond the call of duty.” At the top of the pyramid—and given for only the most extraordinary acts of courage and sacrifice—was the Medal of Honor. Eight North Carolinians received the nation’s highest award for valor between 1941 and 1945, four after losing their own lives, or posthumously.

The second-highest United States military medals in existence during World War II, and equal in rank, were the Distinguished Service Cross, awarded to those serving in the U.S. Army or Army Air Force, and the Navy Cross, presented to individuals serving in the U.S. Navy, U.S. Marine Corps, or U.S. Coast Guard. Some North Carolinians also received an award for bravery during the war almost as rare as the Medal of Honor. The Soldier’s Medal is often awarded to those who save others at great risk to their own life.

It is not possible in this article to recognize all of the Tar Heels decorated for bravery during the Second World War. But the following stories offer a sample of North Carolinians noted for extraordinary heroism and self-sacrifice.

Awards of the Medal of Honor are rare enough, but few towns in America can match the tiny Haywood County community of Canton in the Mountains of North Carolina. Canton proudly claims not one but two Medal of Honor recipients in Max Thompson and William David Halyburton Jr.

On October 18, 1944, Thompson was a twenty-two-year-old technical sergeant serving in the army’s First Infantry Division near Haaren, Germany. When advancing German infantry and tanks overran a nearby unit, Thompson stemmed the tide of the enemy advance with a combination of machine gun and anti-tank rocket fire, saving the day for the Americans. For this singular act of heroism, he earned the Medal of Honor. 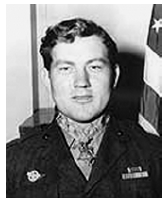 A few months later, halfway around the world in the Pacific theater, another Canton native made his mark. While serving as a medical corpsman with the First Marine Division on the hotly contested Japanese-held island of Okinawa, Halyburton, a navy pharmacist’s mate second class, distinguished himself in a manner worthy of the Medal of Honor. On May 10, 1945, without hesitation or regard for his own personal safety, Halyburton rushed across an open area through heavy sniper, machine gun, and mortar fire to the aid of a severely wounded man. The brave young corpsman placed himself in the direct line of fire to give first aid. While shielding the helpless marine, the twenty-one-year-old Halyburton suffered a mortal wound. He gave his life so that another might live.

Jacklyn Harold “Jack” Lucas, of Plymouth, was a handful as a youth. His mother finally sent the tough, short, stocky lad to Edwards Military Institute in Salemburg to learn discipline. Lucas did fairly well at the school, but he yearned to join the war against the Japanese. Though only fourteen years old, he enlisted in the U.S. Marine Corps in 1942 with the help of falsified papers.

After his initial training, Lucas was shipped to Hawaii and assigned to a supply unit. Every request for a combat assignment was denied. Knowing that troublemakers often were reassigned to fighting units, the greatly frustrated Lucas decided to try that route. But even this tactic of causing trouble did not work. One day he noticed troop transports in the nearby harbor and realized that an invasion was about to take place. Sneaking away from his unit, he hid aboard one of the ships, not revealing himself until the fleet was well out to sea. 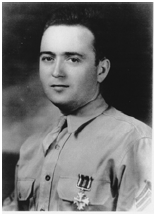 Lucas was right about the possibility of action on this trip. During his second day on the Pacific island of Iwo Jima, and only five days after his seventeenth birthday, he and several other men were ambushed by Japanese soldiers throwing hand grenades. Two landed at his feet. Acting quickly to save the lives of his fellow marines, and with total disregard for his own safety, young Lucas covered both grenades with his body. Fortunately, only one exploded. It wounded Lucas severely, but he survived. For this selfless act of courage, Private First Class Lucas was awarded the Medal of Honor, becoming the youngest person to earn the nation’s highest military award in the twentieth century.

The city of Greensboro produced two men of special note, Major George Earl Preddy Jr. and Staff Sergeant Edwin Vance Bain, both of whom served with the U.S. Army Air Force. Transferred from the Pacific theater to the famed Eighth Air Force in Europe, Preddy received notoriety flying a P-51 Mustang fighter plane called Cripes a’ Mighty, a name supposedly taken from one of his favorite expressions. Preddy was the highest  scoring American P-51 ace of World War II with 26.83 air victories. He was credited with another five ground victories and is sixth on the list of all-time highest-scoring American aces. On one mission, Preddy shot down an incredible six German aircraft.

On Christmas Day 1944, while flying with the 352nd Fighter Group, Preddy shot down two German fighter planes and was in close, low-level pursuit of another when he was mistakenly shot down by American anti-aircraft fire. Though he survived the crash, Preddy soon died. He was given the Distinguished Service Cross after his death. Tragically, his younger brother, William Rhodes Preddy, also a fighter pilot, died in action a few months later. 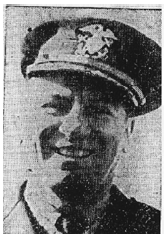 Bain was a remarkable man whose first brush with fame came on April 18, 1942, when he flew as a gunner on the daring Doolittle Raid against the Japanese homeland. Forced to bail out over China after the raid, Bain was rescued by local farmers. He later received the Military Order of China from Madame Chiang Kai-shek, Soong May-ling. But Bain was already a hero. Earlier in the war, he had rushed back into a burning aircraft after a training accident to save the lives of fellow crew members at great risk to his own life, for which he received the prestigious Soldier’s Medal. Reassigned to the Mediterranean Sea area—and after having flown the required number of missions to qualify him for a return trip home—Bain volunteered to fly one last more mission. He was helping fill out a crew for a pilot friend who needed one more missionto earn his own trip home. After bombing the rail yards outside of Rome, Italy, their plane took a direct hit and began going down rapidly. Sacrificing his own chance to parachute to safety, Bain made sure each of his fellow crew members got out of the stricken aircraft. By the time the last man was out, the plane was too low for him to jump. Bain and the plane crashed into the sea and were never found. For his supreme sacrifice, Bain was posthumously awarded an unprecedented second Soldier’s Medal.

Two naval aviators from the Tar Heel State received the Navy Cross, the naval equivalent of the Distinguished Service Cross, for actions during World War II. Winston-Salem’s Commander Norman Mickey “Bus” Miller led VB-109—a Navy PB4Y Liberator bombing squadron—in the Pacific theater. An exceptionally brave and skillful pilot, Miller is credited with the astonishing feat of destroying or damaging sixty-six Japanese vessels, not including small craft! In addition to his Navy Cross, he earned at least fourteen other military medals and awards. 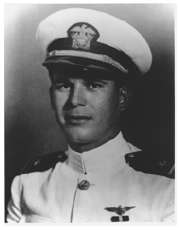 Hailing from the tiny community of Ivanhoe in the southern tip of Sampson County, then Ensign Frank Moore “Fuzzy” Fisler served as a navy pilot with patrol squadron VP-51. On December 30, 1941, only twenty-three days after the Japanese attack on Pearl Harbor, Hawaii, Fisler was on patrol in a seaplane when his crew spotted men floating in the rough seas below. Unsure of the stranded men’s nationality, and realizing the dangers involved in trying to land in rough seas, Fisler radioed his headquarters at Pearl Harbor requesting permission to attempt a rescue. Due to the risks involved, officials at the base denied permission. Fisler asked his crew members if they wanted to leave the men to drown or risk their own lives in an attempt to rescue them. They wanted to try saving the men.

Miraculously, Fisler’s plane was not torn to bits or swamped when it landed on the turbulent seas. Using a small rubber boat, the rescuers spent three dangerous hours picking up the nine men, who turned out to be the crew of an American bomber. The weight of the extra menmade it a challenge for the heavily overloaded seaplane to take off. By another miracle, it got airborne and landed safely back at base. Thought to have received the first Navy Cross of World War II, Fisler personally received his medal at Pearl Harbor from Admiral Chester Nimitz. Sadly, Fisler would lose his life during combat in March 1943.

Carolina in World War II is filled with fascinating tales of ordinary people who placed the lives of others before their own, courageously performing extraordinary acts of heroism. Many brave Tar Heels sacrificed for the good of others, and in doing so, wrote their names on the pages of history.

*At the time of the publication of this article, Sion H. Harrington III was the military collection archivist, Division of Historical Resources, Office of Archives and History. A graduate of the University of North Carolina at Chapel Hill, he held master’s degrees from Webster University in St. Louis, Missouri, and North Carolina State University. A lifelong student of military history, Harrington served thirty years in the active army and reserves forces and has served on the advisory boards of several history-related organizations.

"William David Halyburton Jr. received the Medal of Honor after sacrificing his life to save another." Findagrave.com.

"Jacklyn 'Jack' Lucas, the youngest Medal of Honor recipient of the twentieth century." Photo #: NH 103869. Image from the collections of the United States Naval Historical Center.

"Edwin Vance Bain received two Soldier’s Medals during the war, one after his death." Image courtesy of the State Archives, North Carolina Office of Archives and History.