By University of North Carolina Libraries, 1999 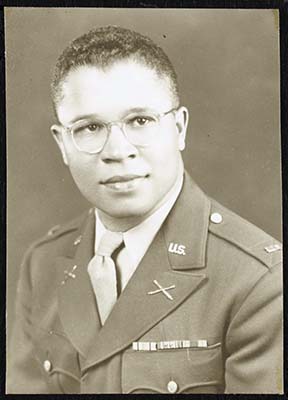 Discharged after World War II, Groves enrolled in summer school at the University of Chicago, preparing for a degree in educational administration. Unchallenged by his classes, Groves applied to the law school and earned a J.D. in 1949. While in Chicago, Groves married Evelyn Apperson. An earlier marriage, which produced his only child Sheridon, had ended in divorce.

Groves's understanding of the law and his writing skills impressed a number of academics and won him a Ford Foundation Fellowship to study at Harvard University. While at Harvard, Groves became interested in constitutional law, especially in constitutions of newly formed nations. This passion became a lifelong professional interest in Asian countries, leading him to a professorship and deanship at the University of Malaya in Singapore, numerous lecture tours in several Asian countries, and writing articles on Asian law and four books on the constitution of Malaysia.

In a 1976 newspaper interview, Groves described lawyers as providing "the public and political leadership for a community." He practiced this philosophy in every community in which he lived, serving on numerous committees, councils, boards of directors, and with associations both on the local and national levels. Highlighting this service was his election to the Fayetteville, N.C., City Council, 1951-1952, and his selection as Ethics Committee chair for the United States Olympic Committee, 1993-1996.

Groves was Phi Beta Kappa, Phi Delta Kappa, and Kappa Delta Pi. He received a number of important awards, including a Carnegie Research Grant, and was the 1986 recipient of the North Carolina Bar Association's Judge John L. Parker award. In 1991, the National Bar Association inducted Groves into its Hall of Fame.

Harry Groves lived in North Carolina during a number of periods in his life. He first moved to the state in 1949, where he became a law professor at then North Carolina College of Law (today's North Carolina Central University School of Law).  A few year's later during the Korean conflict he re-entered military service and served in the Judge Advocate General's Corp at Ft. Bragg. Following this service, he moved to Texas to become Dean of the Texas Southern University School of Law.  In 1965, he became president of Ohio's Central State University, an historically black institution. Groves left in 1968 following a difficult period of campus conflict after his support for integrating the school. He held a number of professorships around the country and returned to North Carolina in the 1970s, 1980s, and 1990s to teach at UNC-Chapel Hill, North Carolina Central University, and Wake Forest University. He died on 24 August, 2013 in Chapel Hill, North Carolina.

"Harry Groves, '49: Up for the Challenge." Blog, October 8, 2009, University of Chicago School of Law. https://www.law.uchicago.edu/news/harry-groves-49-challenge