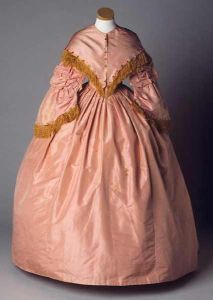 Gentry, also known as the "planter class," is a term associated with colonial and antebellum North Carolina and other southern states that refers to an upper middle class of wealthy gentlemen farmers who were well educated, politically astute, and generally came from successful families. The gentry in North Carolina were also primarily Anglican in belief and social mores. They owned and ran plantations or large farms, owning slaves, controlling the contracts of indentured servants, and renting land to tenant farmers. Ultimately, the gentry had the responsibilities of patriarchs, with the lives of many relying on their decisions and planning.

In eighteenth-century North Carolina, rural characteristics generally kept the size of land holdings small, but each area had its significant families who built mansions, were well traveled, owned horses and carriages, and wore fine apparel. The women in these families did not labor or cook but closely supervised house and kitchen servants and set elegant tables. The plantations of the gentry were small, self-sufficient cities, where people from skilled artisans to unskilled field hands produced the goods needed for everyday living-from food (including meat, vegetables, and dairy products) to wool and cotton cloth.

Although small in number and reliant on an oppressive economic system based in great part on slavery, the gentry were vital to the economic and cultural growth of eastern North Carolina and the Piedmont. Members of the gentry developed a culture of their own, encouraging religious observances and meeting at least the most basic needs of those for whom they were responsible. They also maintained a strong commitment to local commerce and society, supporting the church, upholding the courts, and helping to keep order. Class lines were not as rigid among Americans as among the British; in the colonies it was possible to move into the gentry class through hard work or marriage.

Dress.  Image courtesy of the North Carolina Museum of History.