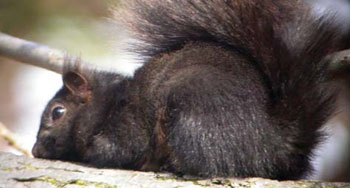 Fox squirrels generally mate in midwinter. Females breed when they are a year old. In years when food availability is high, older females may produce a second litter in summer.

Litters of two to four (range is one to six) young are usually born in February or March after a 44-45 day gestation period. Fox squirrels are blind and hairless at birth, and open their eyes after four to five weeks. Young are weaned at eight to nine weeks of age and may remain with the adult for another month.

On average, fox squirrels live for three to four years. Life expectancy in the wild is generally six to seven years, but individuals have been known to live up to 20 years in captivity. 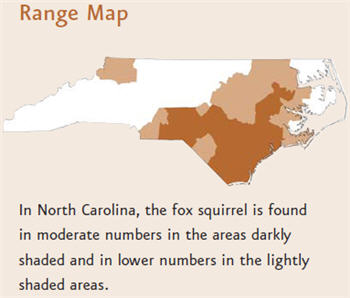 The fox squirrel is native to the eastern United States, except for New England. There are seven subspecies of fox squirrels, two of which occur in North Carolina.

The fox squirrel is the largest tree squirrel in North Carolina, nearly twice the size of the more common gray squirrel. It lives primarily in mature longleaf pine and open pine-oak forests in the Sandhills and southern Coastal Plain. There is also a more recently established population in the northwestern part of the state, associated with open hardwood forests surrounded by pastureland or other open habitats. 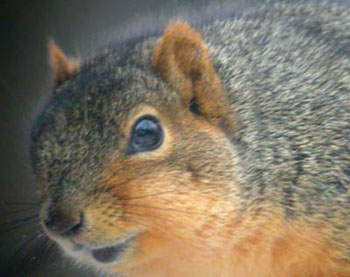 Fox squirrels occur in a variety of color phases. In the Sandhills and Coastal Plain of North Carolina, they are grayish with various patches of black on the head and feet and white patches on the nose, paws and ear tips. Some animals are almost totally black with dark gray patches, and others are reddish or rust colored. Squirrels in the northwestern population typically have a tawny- brown or grizzled-gray color above, with a rusty or pale orange-brown color on the underside, ears, and legs. The top of the head is usually black, and they often have a white nose as well.

Fox squirrels in the southeastern part of North Carolina were once more widely distributed than they are today. They prefer mature longleaf pine and open pineoak forests, which were once much more common in the southern Coastal Plain. Management practices such as large-scale replacement of longleaf pine with loblolly pine, shortened stand rotation, and fire suppression, coupled with suburban and urban development, have led to a reduction and fragmentation of this preferred habitat. Fragmentation of suitable habitat can be a barrier to the expansion of this species. In the southeastern part of the state, habitat fragmentation from land use changes has made it difficult for fox squirrels to recolonize parts of their former range, even when quality habitat is available.

Because fox squirrels are solitary, their population densities are generally low even in areas where they are considered common. Large areas of suitable habitat are needed to support viable populations. Stable populations of fox squirrels still exist in southeastern North Carolina but are often located in isolated pockets of habitat.

The expansion of the fox squirrel population in the northwestern part of North Carolina is a relatively recent occurrence, although individuals have possibly persisted here in small numbers without detection. Transient individuals moved from the Virginia mountains and slowly expanded the range of this subspecies. As suitable habitat is available, this population may continue to expand into new areas. 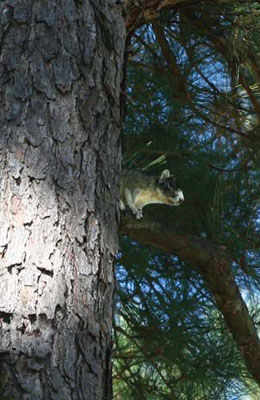 Fox squirrels are diurnal and are generally active for 8 to 14 hours a day. They are solitary except when breeding or rearing young. Tree cavity nests are very important for rearing young and providing protection from winter weather. These nests are usually found in large old hardwood trees, ancient flattop longleaf pines, or dead standing trees, and are often located on wetland edges next to mature pine-oak forests. Leaf nests are often constructed during warmer months in the limbs of oak or pine trees.

Adult fox squirrels are occasionally preyed upon by bobcats, foxes and birds of prey. Young squirrels in the nest are vulnerable to snakes, raccoons and opossums. Humans also contribute to mortality through hunting and vehicle strikes, and can cause reductions in fox squirrel populations through habitat fragmentation and destruction.

Fox squirrels are a small game species and are considered a trophy by some hunters. They occasionally depredate grain or cornfields for food and may cause some minor damage to crops.

Homeowners and developers can improve habitat for fox squirrels by managing property for mature hardwoods and longleaf pines. Management around streams can provide both habitat and travel corridors for fox squirrels, which improve access to preferred habitats. 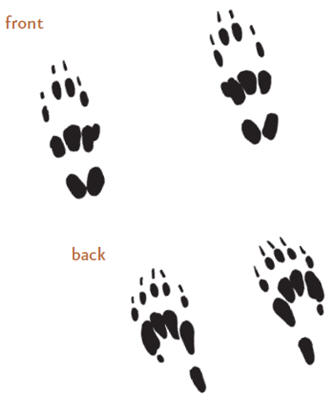