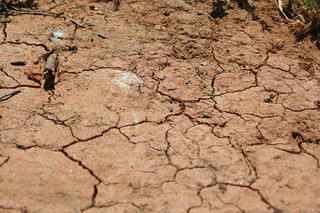 "Dirt eaters," also called "clay eaters," "sandlappers," and other names, are individuals who regularly eat soil as part of their diet. It has been generally accepted that the practice of soil eating (technically known as "geophagy") was brought to America through the slave trade with Africa and the West Indies. The medical records of colonial and antebellum physicians who treated ailing blacks on plantations indicate that some of their maladies, described as debilitating sluggishness and pale skin coloration, were brought on by habitual and excessive clay eating. The condition was treated as a bad habit that needed to be ended, although some physicians surmised that clay eating was the result of iron deficiency in the body. Dirt eating was also observed among Indians in the region. In general, however, the phrase "dirt eater" in North Carolina referred to poor whites who engaged in the practice.

Scientific and medical studies of dirt eating began only in the twentieth century. In 1909 the Rockefeller Sanitation Commission for the Eradication of Hookworm Disease brought its crusade to the rural South. For five years clay and dirt eaters, among others, were surveyed, examined and treated, and educated about the insidious hookworm that enters the body mainly through contact with contaminated soils. One of the many conclusions drawn by the commission was that dirt eating possibly was a reaction to hookworm infestation and that it could be stopped by curing the individual of hookworms. Although many dirt eaters were indeed found to be infested with hookworms, many were not, and though the practice of dirt eating became less frequent after treatment for hookworms, it was not eradicated.

Subsequent studies by sociologists, medical researchers, anthropologists, psychologists, nutritionists, and chemists produced a mass of scientific theories and conclusions. Many studies confirmed that geophagy is a consequence of iron deficiency. A 1997 publication by a team of Canadian scientists, analyzing three geophagic soils from three different continents, reported that the clay in North Carolina's Stokes County had mineral content that supports the theory that the stimulus for earth eating may lie in soil's value as both a nutritional supplement and an aid in easing minor digestive disorders. Scientists have also concluded that dirt eating is a behavior with a history that goes back thousands of years. The practice is often handed down from generation to generation; this appears to be the heritage of the dirt eater, whose ancestors over the centuries survived famine, years of scarcity, and stomach ailments by eating soil for sustenance.

The population continuing to engage in geophagy includes poor women and children in parts of North Carolina and the South. Many individuals still visit specific soil sites, while some have turned to substitutes such as packaged laundry starch and baking soda, which have texture and taste similar to the region's finer clays. Many health professionals consider these substitutes worse nutritionally than edible soils.