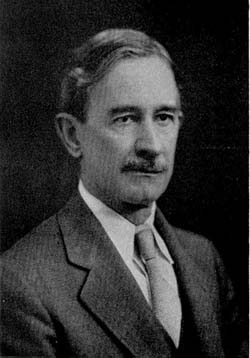 The Coker Arboretum on the campus of the University of North Carolina at Chapel Hill is a five-acre showplace that highlights plants of the temperate Southeast, their East Asian counterparts, gymnosperms, and seasonal plant and color displays. Established by William Chambers Coker, the university's first professor of botany, at the suggestion of President Francis P. Venable in 1903, the area was formerly a damp pasture that for decades had been used as a home for campus animals, most notably President David L. Swain's white mule, Old Cuddy. Coker transformed the five acres into a botanical laboratory planted with more than 400 species of ornamental flowers, trees, and shrubs. Despite its small size, it is one of the most complete botanical gardens in America. Laced with pathways, this parklike area is especially inviting when spring flowers are blooming and is a favorite study or relaxation spot for UNC's students. One of its most notable features is the purple wisteria and sweet-smelling yellow jessamine covering the trellis running along Cameron Avenue. Their perfume will long remain in a visitor's memory.

The main entrance of Coker Arboretum was reconstructed in 1998 as a gift by UNC's class of 1997. The arboretum is administered by the staff of the 329-acre North Carolina Botanical Garden, located south of the central Chapel Hill campus.