by David Dry, copyright 2019. Published with permission. For personal educational use and not for further distribution. 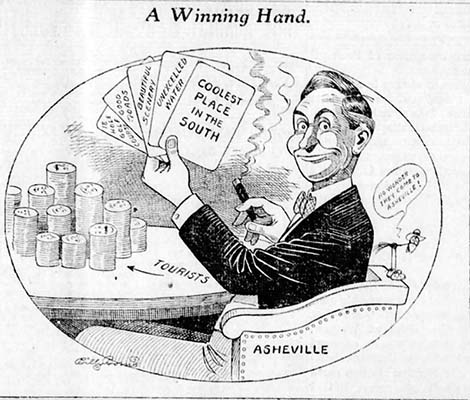 Borne averaged over 280 cartoons a year and produced more than 6,000 editorial cartoons for the Asheville Citizen over the course of his career. Most cartoons appeared on the front page of the newspaper and featured Borne’s signature character—a small, wisecracking, black bird most commonly referred to as his “Jaybird.” Newspapers across North Carolina and as far away as New York City occasionally reprinted some of Borne’s cartoons,  and for much of his career, Borne was hailed as the only full-time cartoonist on the staff of a newspaper in either of the Carolinas.  Sometimes lauded as Asheville’s Thomas Nast (a German-born illustrator, journalist, and cartoonist often considered the “Father of the American Cartoon”),  Borne’s work was highly regarded across Western North Carolina,  and Governor Angus McLean of Tennessee declared Borne’s cartoons in support of the establishment of the Great Smoky Mountains National Park as “striking and effective.”

While best known for his daily editorial cartoons, Borne’s artistic activities ranged far beyond. He produced illustrations for newspaper advertisements, briefly had a Sunday comic strip, and composed posters for the Asheville Health Department's “Swat That Fly” campaign that aimed to combat diseases spread by the common housefly.  For World Series baseball games and Election Night returns, Borne drew caricatures and illustrated scenes live as breaking news came in over the wire. Using a stereopticon lantern, these images were projected on the wall in front of the office of the Asheville Citizen, and the events drew large crowds. 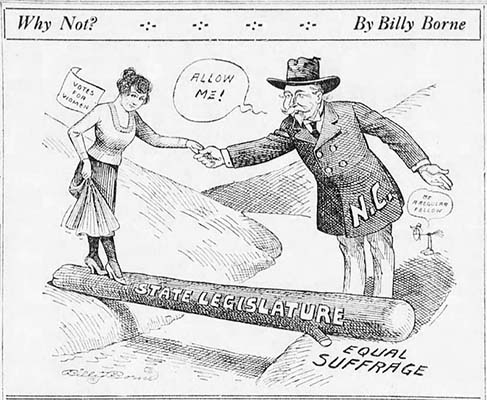 Borne’s personal life was marked by tragedy. In 1918, an influenza pandemic, commonly known as the Spanish Flu, ravaged Asheville, and Borne’s fiancé succumbed, dying only days before they intended to wed.  Years later, friends reflected that Borne never fully recovered.  By the time he left the newspaper in August 1928, Borne had been working at the Asheville Citizen longer than anyone else on staff.  He moved back to his hometown of Toledo, Ohio where he opened a studio and did advertising work for magazines. On May 19, 1944, while on a trip to visit his sister in Tulsa, Oklahoma, Borne passed away from a heart ailment. He is buried in Rose Hill Memorial Park Cemetery in Tulsa.

Ray Banta, Indiana's Laughmakers: The Story of over 400 Hoosiers: Actors, Cartoonists, Writers, and Others (1990)