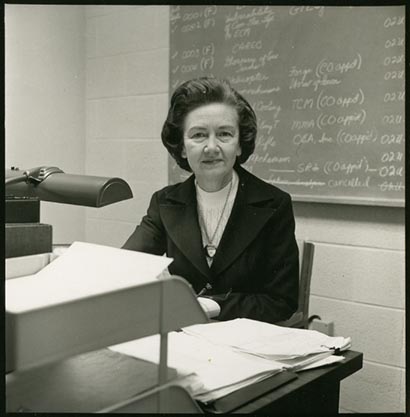 Grace Collins Boddie was a highly successful military professional and became a lawyer in an era when these roles were reserved primarily for men. She earned the rank of Lieutenant Commander in the U.S. Naval Reserves program Women Accepted for Volunteer Emergency Service (known as WAVES) during World War II. The WAVES program was established on July 30, 1942 to formally include women in the Navy to address emergency military personnel needs. During WWII, more than 80,000 women participated in the program, and they filled an extraordinary range of military jobs. These included traditional secretarial jobs and also highly technical and advanced positions such as control tower operators, transport and test pilots and positions in military communications and intelligence gathering. In 1948, women were at last given permanent status in all branches of the U.S. military with the Women's Armed Services Integration Act, ending the WAVES program. Grace Collins Boddie was also one of only two women in her graduating class at Duke University Law School, and she became the first female officer at the Research Triangle Institute (RTI) when she became a vice president in 1987.

Grace Collins was born on January 15, 1917 in Charlotte County, Virginia to parents Flavius Overton Collins and Grace Comfort Crews Collins.  She graduated with honors from Drakes Branch High School in Charlotte County in 1933 and went on to State Teacher's College (now Longwood University) in Farmville, Virginia, where she also graduated with honors. In 1993, Longwood awarded her with an Alumni Achievement Award.

During her senior year at State Teacher's College, she entered the U.S. Naval Reserve College Program. In an oral history interview, she recalled becoming interested while she was in summer school at Duke University, as she wateched others around her join the service.  She recalled that she wanted to join the Navy to serve her country.

Upon graduation she enlisted in the women's branch of the Naval Reserve, known as WAVES (Women Accpeted for Volunteer Emergency Service) and she was assigned to Officer Candidate School at Mount Holyoke College in South Hadley, Massachusetts. She received basic training there and recalled that it would prepare you for "just about anything," noting that they would often march 14 miles a day. 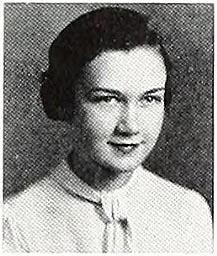 Boddie recalled that the top 10 in her class were assigned to become teachers. With a rank of 7th in her class, upon graduation she was commissioned as an Ensign and assigned to the Naval Reserve program at Hunter College in New York City where she taught naval regulations and military law. During World War II, Hunter College became a major training site for the U.S. Navy to train women volunteers. The college leased buildings to the Navy, and the reserve program trained some 95,000 recruits for service in both the Navy (the WAVES program) and the Coast Guard (the SPARS) program. She eventually attained the rank of Lieutenant Commander. When the Navy closed the Hunter College station, Grace Collins was re-assigned to Washington, D.C. where she her duties included issuing a shipbuilding bulletin. She was there from 1943 to 1948 when she retired to attend law school under the G.I. Bill. She remained in the reserves until 1954.

During that time she met and married Richard Franklin Boddie, a native of Durham, North Carolina. Boddie had served in the U.S. Army during World War II. They relocated to Durham where they had two children and where she eventually enrolled at Duke Law School. At Duke, she was one of only two women in her class of 72 students, and in 1951 she graduated at the top of her class. She recalled having an alternate career plan to become a doctor. She planned to apply to Duke Medical School but opted for a legal career to allow for a more regular home life.

After law school, Boddie served for two years as a staff attorney for the Duke Law School Legal Aid Clinic. Later, she worked as Comptroller and Director of Scientific Services for the U.S. Army Research Office on the Duke University Campus. In 1972, she joined the staff of the Research Triangle Institute and became a Vice-President and Senior Counsel.

Listen to a recording of an oral history interview of Grace Collins Boddie, taken on August 27, 2003. In the interview Boddie discusses growing up in Virginia, her time in the military, and her legal and professional career after leaving military service.