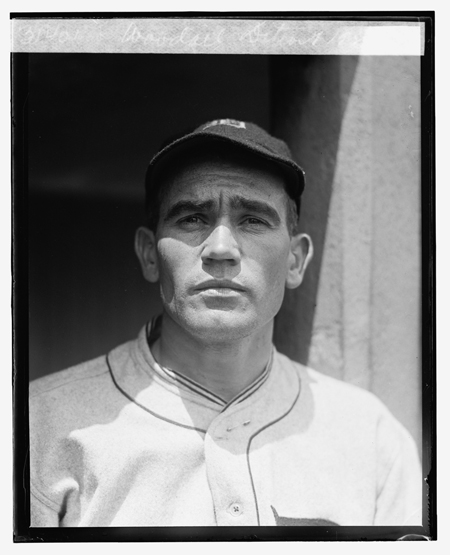 Charles Lawrence Woodall, Jr., professional baseball player and coach, was born in Staunton, Va., the son of Charles Lawrence, Sr., and Fannie Woodall. He grew up in Raleigh, where his father was a prominent businessman. Woodall was graduated from Wake Forest College with a B.A. degree in 1912 and then entered The University of North Carolina, where he was catcher on the baseball team and from which he received a master's degree in physics in 1915 with a thesis entitled "Development of Physical Science." After overcoming the objections of his father, he began a professional baseball career in 1915, playing catcher for the Asheville team of the North Carolina State League. He spent the next four seasons playing for the Fort Worth club in the Texas League.Woodall's contract was acquired in 1920 by the American League's Detroit Tigers, which sent him to Toledo of the American Association for more seasoning. He finished that year in Detroit, playing in eighteen games. Woodall caught for the Tigers for the remainder of the decade. He was regarded as an intelligent player and an excellent defensive catcher, leading the American League in fielding percentage at that position in 1927 and 1928. He hit for a high average but had little power. 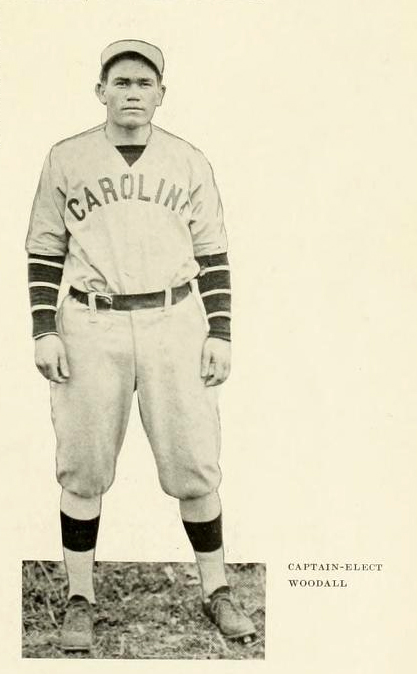 His best season was 1927, when he batted .280 and drove in thirty-nine runs. In 1929 he finished his major league career with a lifetime total of 548 games, 353 hits, a .268 batting average, but only one home run. One writer characterized him as "always a gentleman . . . one of the finest characters professional sport has ever known."

After leaving the majors, Woodall kept his career alive in the Pacific Coast League, the most prestigious minor league during the 1930s. He managed the Portland Beavers in 1929 and 1930, caught for Sacramento in 1932 and 1933, and completed his playing career with the San Francisco Seals from 1934 through 1939. He was a coach for Sacramento in 1940 and 1941.

Joining the Boston Red Sox as a coach in 1942, Woodall was a member of Boston's 1946 American League champions. In 1948 he became director of publicity for Boston, a position he held until 1962. From 1954 to 1962 he also was a Boston scout and supervised the team's New England tryout camps. At his death he was survived by his wife, Dorothy E. Buckley Woodall; a daughter, Patricia (Mrs. Cornelius Ryan); a son, Paul B.; and ten grandchildren. His funeral was held in Rockville, Md.