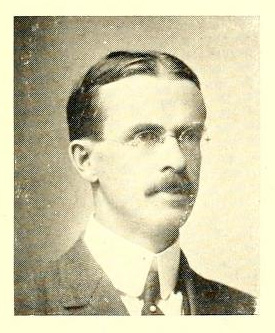 Alvin Sawyer Wheeler, the first organic chemist in North Carolina, was born in Holyoke, Mass., the son of William Carleton and Sarah Elizabeth Couch Wheeler. When he was two, the family moved to Dubuque, Iowa, and Wheeler entered Beloit College from the Dubuque public schools. After receiving an A.B. degree in 1890, he moved to Tacoma, Wash., and worked in the family lumber business until 1893. As a substitute high school science teacher in Tacoma from 1893 to 1896, he discovered a great love for science—he built the first X-ray generator on the West Coast—and to pursue this new interest he enrolled at Harvard, where he was assistant in chemistry and received M.A. (1897) and Ph.D. (1900) degrees. He joined The University of North Carolina almost immediately as associate professor of chemistry.

In order to assume a more specialized career in organic chemical research, Wheeler spent a sabbatical year (1910–11) at the University of Berlin and the University of Zurich studying under the Nobelists Emil Fischer and Richard Willstätter, respectively. From this year there originated his internationally recognized series of studies on the organic chemistry of dyes. Several of his discoveries were patented, preeminently a dye named "Wheeler Brown" by the National Aniline Company, whose color was responsible for the tint of women's hosiery for many years beginning in the 1920s. He spent further study on dyes at the University of Manchester in 1928. His specialities were in the dyes formed from the chemical families of juglone, the principle of black walnut trees by which they prevent competition from other vegetation, and para -cymene; he drew attention to the fact that spruce turpentine, when distilled, was fairly pure para -cymene, and that if collected instead of discarded this type of turpentine could become the basis of a southern dyestuff industry. Demanding much of his students, he was nevertheless a memorable, animated lecturer, and it was once said of him that "as he describes or demonstrates some new dye he has just discovered, his face beaming with enthusiasm, . . . the magnitude of his smile usually is proportional to the tinctorial property of the dye."

Wheeler was promoted to professor in 1912 and at his retirement in 1935 was named Kenan Professor Emeritus. He published about sixty-six papers, mostly on the synthesis of dyes and of chemical compounds related to them, including the first chemical paper from North Carolina appearing in a European scientific journal. He was president of the Elisha Mitchell Scientific Society, the North Carolina Section of the American Chemical Society, and Sigma Xi, the honorary society in scientific research. In Chapel Hill he was a charter organizer of the Carolina Playmakers and later treasurer, twice president of the Chapel Hill Country Club, the organizer and permanent president of the Faculty Club, and treasurer of the Presbyterian church for over twenty years.

A great traveler, he planned his vacations meticulously, crossing the United States by car many times and visiting Europe repeatedly. He often told friends that his greatest thrill had been standing at the crater of Mount Etna as it erupted.

On 24 Aug. 1899 he married Edith Myra James, of Cleveland, Ohio, the daughter of the prominent educator Henry M. James and a graduate of Wellesley College; she was well known as a music teacher in Chapel Hill for many years. They had three sons: James Robert, who died young; William Couch, born 23 Aug. 1903; and Henry James, born 26 Dec. 1904.