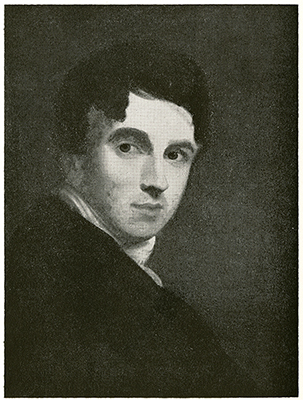 (Christian) Daniel Welfare (Wohlfahrt), Moravian painter, was born in Salem, the youngest son of Johann Jacob Wohlfahrt, who in 1769 had moved to North Carolina from Maine, and Anna Elizabeth Schneider of Pennsylvania. His two older brothers were Samuel Jacob and Johann Thomas. Eventually, for professional purposes, he was known as Daniel Welfare, the surname a simple translation from the German. Both parents died while he was a boy. He was educated in Salem and at age fourteen was an apprentice in the cabinetmaker's shop, where his artistic talents were first observed. After attending the boys' school (Anstalt) in Salem for two years, he taught there for a short time until poor health, which troubled him for the rest of his life, compelled him to travel south to a warmer climate.

In March 1824 Welfare went to Philadelphia and studied under the noted painter Thomas Sully. Sully, who became his close friend and patron, saw to it that he had an exhibition in 1825 at the Pennsylvania Academy. After returning to Salem, he began planning a gallery where he could earn a living from the sale of paintings by himself and others. Several years later his intention became a reality, although the installation of skylights ("windows in the roof") some-what puzzled and alarmed the staid citizens of Salem.

On 9 Dec. 1829 he married Catherine Hege of Friedberg, and they became the parents of daughters Jane Edith and Theophila and a son, Thomas Sully, named for his father's benefactor. For over two years (1831–33) Welfare and his wife successfully operated the Salem Tavern, but poor health again forced him to seek a less arduous occupation. Despite his physical weakness, he persisted in carrying out what he considered to be his obligations, often traveling to Pennsylvania by horseback and reportedly, on one occasion, by foot. Late in 1835 he was chosen to represent the Salem congregation at the Synod of the Brethren's Unity at Herrnhut, Saxony. Although fearing that he might be unable to endure the strenuous eight-month journey, he set out in March 1836 for England, Germany, Switzerland, and France. In 1839 he moved just outside Salem to a new home, where he had a picture gallery and a garden. He died there, never having fully recovered from a serious illness in February 1840. Welfare, deeply religious, was of an affable, though rather solemn, demeanor.

The subjects for his art were varied. He painted reproductions of portraits of U.S. presidents and of famous religious canvases, "all in dark monotone." His still lifes and his portraits of Moravian worthies and their families are rather flat, almost primitive. More appealing are watercolors of Salem streets and scenes. Perhaps his best-known canvas is an oil copy he made of a self-portrait Sully dispatched from Philadelphia to Salem in 1839 in honor of his namesake, born in 1835. Work by Welfare can be found in the Pennsylvania Academy of Fine Arts, the North Carolina Museum of Art, Old Salem, Inc., and private collections.