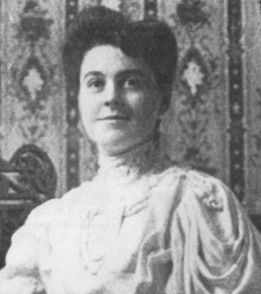 Mamie Dowd Walker, civic leader and judge, was named Mary Rebecca but became known to all as Mamie. She was born in the Lipscombe family home north of Durham and grew up in that city. She and her brother, William Lipscombe Dowd, were the only children of John Watson, a tobacconist, and Susan Lipscombe Dowd. Mamie was graduated from Durham High School and the Greensboro Female Seminary in Greensboro. On 26 Oct. 1904 she married Fielding Lewis Walker, Jr., who became an official of the Liggett and Myers Tobacco Company in Durham. They were the parents of Fielding Lewis III and of Mary Lipscombe, who married George C. Pyne, Jr.

Although untrained in the law, Mrs. Walker, whose husband had died several months previously, sought and received appointment as the first judge of the Juvenile Court for both Durham City and Durham County. She was also the first woman judge in North Carolina. During her many years of serving on the Durham Board of Education and on the City Recreation Commission, of which she was the first chairman, she had demonstrated how effectually she could work with young people. She was sworn in as judge on 3 Dec. 1934 and, except for one term (1941–42) for which she was not reappointed, served until her retirement on 5 Dec. 1949.

Immediately on taking office Judge Walker sought counsel from the National Probation and Parole Association, knowing that it set the standards for juvenile and domestic relations courts. She continued to be guided by that organization throughout her fourteen years on the bench. The program she developed for the prevention and treatment of delinquency became a model for many similar programs over the nation. In February 1935 she organized two Co-ordinating Councils, one for whites and one for blacks, as auxiliaries to the juvenile court in its program to prevent delinquency and rehabilitate delinquents. According to her, the results of the combined efforts of the court and these councils were manifold.

Judge Walker was convinced that supervised play for children was both preventive and corrective of antisocial behavior. She was one of the leaders in developing playgrounds in Durham, and under her leadership several youth clubs were formed. Among the many local, state, and national organizations in which she was active was the National Recreation Association. For at least twenty-five years she sponsored the association's letter of appeals.

In great demand as a public speaker, Judge Walker had to decline many invitations to speak. However, during her years as judge she addressed various groups and organizations over 450 times. Her principal topics were prevention and treatment of delinquency, the work of the Durham Juvenile Court, and how various agencies could contribute to the success of the court. She attended numerous conferences over the country and visited a number of juvenile courts and detention homes. Likewise, her own court was visited occasionally by specialists in the field of juvenile justice.

Although inactive professionally during retirement, Judge Walker kept in touch with professional friends. She remained active in the St. Philips Episcopal Church (her parents had been Methodists), and it was from that church that she was buried in Maplewood Cemetery, Durham.

This should actually read

This should actually read "She and her brother, William Lipscombe Dowd, were the only children of John Watson DOWD ... parents of Fielding Lewis WALKER III and of Mary Lipscombe WALKER" [i just think it makes more sense if the last names are in there...; i am the grandson of judge walker...]

She is my great grandmother I

She is my great grandmother I would love to learn more. Please contact me.