Robert Lee Vann, newspaper editor, was born in Ahoskie to Lucy Peoples, who named him for his great-grandfather, Robert Lee, and for her first employer, Albert Vann. His father is unknown. At age six Vann moved to Harrellsville, where his mother cooked for a prominent white family. After graduation from the Springfield Colored School in 1892, he spent several years working for his mother's new husband, who farmed in the Red Hill section. During the summer of 1895 Vann was a janitor and part-time clerk for Harrellsville's black postmaster. He attended the Baptist-affiliated Waters Training School in Winston from the fall of 1895 until his graduation as valedictorian in 1901. Vann first went north in the summer of 1898 to be a waiter in Boston's Copley Square Hotel.

In the fall of 1901 he enrolled in Wayland Academy, the preparatory school of Virginia Union University, and the next year he entered the university. He won a scholarship to Western University of Pennsylvania in 1903 and was graduated in 1906. At Western, where he had been the first black editor of the student journal, The Courant , Vann completed law school in 1909. As a student he worked as a waiter, dining car porter, and clerk in city government and became involved in Republican politics. He passed the Pennsylvania bar in 1909 and opened a law practice early in 1910 as one of only five Negro attorneys in Pittsburgh. 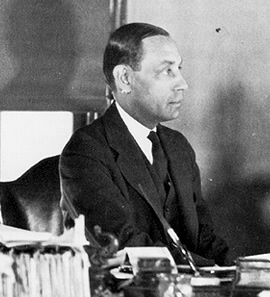 As counsel to the incorporation of the Pittsburgh Courier in May 1910, Vann received stock in the new black newspaper. The first treasurer of the Courier and a contributor, he became its editor in the fall of 1910; he remained the paper's editor, treasurer, and legal counsel until his death. He also continued to practice law.

Vann editorially advocated improvements in all phases of Negro life, but he generally agreed with the economic views of Booker T. Washington. His biographer called him basically "pragmatic and conservative in his outlook." He had checkered relations with major black organizations, however. From 1926 to 1929 he waged a campaign against James Weldon Johnson and W. E. B. DuBois for their handling of funds for the National Association for the Advancement of Colored People. After initially supporting A. Philip Randolph, Vann criticized him in 1929 as the main obstacle to organizing the Brotherhood of Sleeping Car Porters. On many other occasions he supported the NAACP and the National Urban League.

Throughout his adult life Vann was active in politics. As a reward for supporting the winning mayoral candidate in Pittsburgh, he served as fourth assistant city solicitor from 1917 to 1921. In 1921 and again in 1927 he ran unsuccessfully for the Allegheny County Court of Common Pleas. A loyal Republican, he was an alternate delegate to the national convention in 1920 and an alternate delegateat-large in 1924. Disappointed at his treatment by the Republican administration in the 1920s, disheartened by the disarray of the state party, and troubled by the economy under President Herbert Hoover, Vann in 1932 advocated blacks' "turning the picture of Lincoln to the wall" and switched his allegiance to the Democratic party and Franklin Roosevelt's New Deal. For his work on the Colored Advisory Committee of the Democratic National Committee in 1932, he was appointed a special assistant to Attorney General Homer L. Cummings. He was not a member of the "black cabinet," and in 1936 he resigned because of his lack of influence. Later in the year he was a delegate to the Democratic National Convention. In 1940 Vann supported Republican Wendell Wilkie because he opposed a third term and believed that Roosevelt had done little to aid blacks economically or to assist them in the military.

Vann also engaged in many unsuccessful business ventures such as The Competitor magazine in 1920, a Negro bank in 1925, and a stint with a brokerage firm in 1928. The Courier , however, prospered under his direction and became the nation's largest Negro weekly newspaper with a circulation of 250,000. In 1939 Vann started the Interstate United Newspaper Company to sell advertisements for the Negro press.

A Baptist, Vann belonged to the Masons, Alpha Phi Alpha, Sigma Pi Phi, the National Bar Association of which he was president, and after 1939 the Pittsburgh Chamber of Commerce. On 17 Feb. 1919 he married Jessie Ellen Matthews. He died of abdominal cancer and was buried in a mausoleum at Homewood Cemetery, Pittsburgh. After his death schools were named for him in Ahoskie and Pittsburgh, scholarships were established with his bequests to Virginia Union University and the University of Pittsburgh, the Robert L. Vann Memorial Tower was built at Virginia Union University, and the Liberty ship Robert L. Vann was launched on 10 Oct. 1943.

BellsForPeace, 2006-2007. "Robert L. Vann in the 1930s." From the Collections of the Pennsylvania Department, The Carnegie Library of Pittsburgh. Available at http://www.bellsforpeace.org/robertLVann.htm, (accessed March 8, 2012). (Both Images)