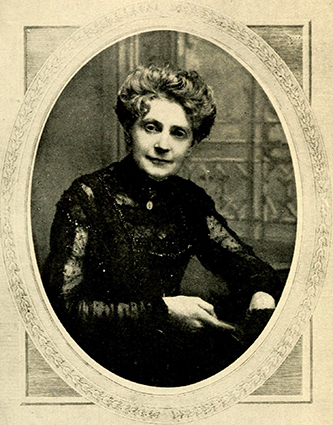 Frances Christine Fisher Tiernan, writer whose pen name was Christian Reid, was born in Salisbury, the oldest of three children of Colonel Charles Fredric and Elizabeth Ruth Caldwell Fisher. Her younger brother and sister were Fredric and Annie. Both paternal and maternal forebears were among the first settlers and leading citizens of Rowan County. Her father, killed at the first Battle of Manassas in 1861, had studied at Yale and was a railroad promoter, member of the General Assembly, and publisher of the Western Carolinian . Fort Fisher at the mouth of the Cape Fear River was named in his honor. Her mother died early, and the three children were brought up by their aunt Christine Fisher, a recluse and an occasional writer who in the 1850s converted to Roman Catholicism from the Episcopal faith. Except for a semester at St. Mary's College in Raleigh, Frances Fisher was educated by her aunt and, with her, vacationed in the North Carolina mountains. In 1868 she and her sister followed her aunt and brother into the Catholic church.

Her first writings were for pleasure, but during the difficult times of Reconstruction she turned to her pen for a livelihood, assuming a pseudonym of indeterminate gender and unpretentiousness. Aristocratic and aloof in manner, she shrank from personal publicity. Valerie Aylmer , her first published book though not the first written, quickly sold over 8,000 copies and brought her to the attention of southern writers like Paul Hamilton Hayne. Eminently representative of the marketable "polite literature" of the day, Valerie Aylmer and its successors inculcated grace and good manners in an "exalted tone" of "virginal delicacy." Her disposition was to look back to genteel antebellum times, devoid of gaucheries and degraded conditions of life, her humorless, stereotyped characters endlessly engaged in the complications and misunderstandings of courtship, the women either haughty and proud or pure and mistreated, the men either profligate and devious or worthy and underestimated. Frequently both men and women were energetically engaged in fortune hunting. Morton House, her second published work, she often said was her favorite. But it is her tenth book, "The Land of the Sky"; or, Adventures in Mountain By-Ways , a story of summer North Carolina travelers amusing themselves with scenery and mild flirtations, that is best remembered. During this period, her short stories and serialized novelettes were constantly appearing in such widely read magazines as Appleton's Journal and Lippincott's Monthly . Then in 1879, feeling the need to gather fresh material for fiction, she went to Europe on money she had earned. A partisan Catholic tendency, contributing neither to her rarefied talents nor to her popularity with readers, began to permeate her books in the 1880s.

In the summer of 1887, at age forty-one, she caught the fancy of James Marquis Tiernan, a Baltimore widower who was in Salisbury on business in his capacity as a mineralogist. They were married in New Orleans on 29 December and set out for Mexico, where he had mining interests. For most of the next ten years they lived there but, when Tiernan became ill, returned to Salisbury, where he died in January 1898. In 1909 Mrs. Tiernan received the Laetare medal for her contributions, as a Catholic, to American life. Several years later, with her husband's mines no longer operating, she resumed writing, though weary and motivated only by the income to be received, to support her brother's children, her afflicted sister, and her aging aunt. She died of pneumonia and was buried in Chestnut Hill Cemetery, Salisbury. 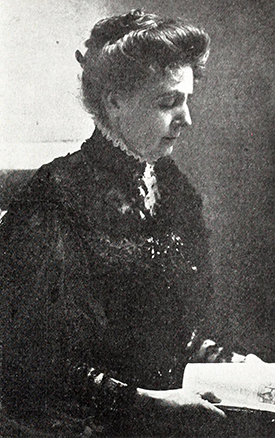