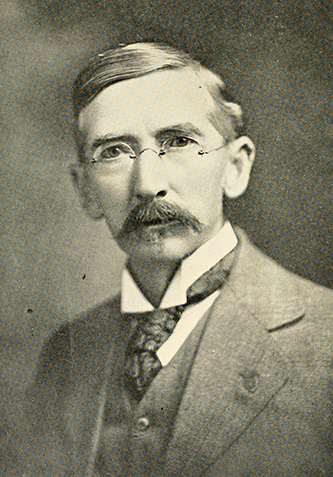 Young Thompson's parents sent him to a preparatory school in Raleigh, and from there he went to Randolph-Macon College, Ashland, Va., and was graduated in 1876. He studied medicine at the University of Virginia Medical School and at the University of Louisiana (now the School of Medicine of Tulane University), where he received a medical degree in 1878. He established a medical practice first in Richlands but after 1881 in Jacksonville, the county seat. Recognizing in 1893 that his income was insufficient to support his family, he taught school for several years and for a time afterwards he farmed extensively. Throughout his life he retained an interest in farming, and as a prominent agriculturist he took a leadership role in the Farmers Alliance, serving as its state lecturer.

Interested in politics, Thompson represented Onslow County as a Democrat in the North Carolina House of Representatives in 1883 and in the North Carolina Senate in 1885. From 1895 to 1897 he was a trustee of The University of North Carolina. In 1896 he was elected secretary of state on the Republican ticket and served under Governor Daniel L. Russell from 1897 to 1901. Although not elected, he received the Populist vote for U.S. senator in 1897 and the Republican and Progressive vote in 1913. He was a presidential elector in the balloting of President Herbert Hoover in 1928.

Resuming his medical practice in Jacksonville in 1904, Thompson was a Fellow of the Medical Society of North Carolina from that time until his death. He was the Onslow County superintendent of health during the years 1905–8 and 1911–12 and the county medical examiner during World War I. Thompson was named to the North Carolina Medical Corps by the surgeon general of the United States, and from 1913 to 1930 he was a member of the State Board of Health (president, 1918). He served several terms as president of the Medical Society of North Carolina and held the same position in the Tri-State Medical Association and the Seaboard Medical Society.

Thompson enjoyed a reputation as an orator, often displaying both eloquence and humor. One of his best known speech-making feats occurred during the term of Governor Thomas W. Bickett (1917–21), who was much interested in requiring patent medicines to display labels declaring their ingredients. The measure was opposed by the manufacturers of patent medicines, who sent their New York attorney to debate the issue before the senate. Representing the governor at a crowded senate hearing, Dr. Thompson defeated the opposition lawyer.

Transactions of the Medical Society of the State of North Carolina (1931 [portrait]).

Who Was Who in America, vol. 1 (1981). There is a photograph in the Tucker Littleton Collection (North Carolina State Archives, Raleigh).