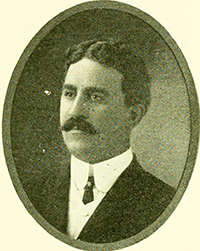 Frederick Nelson Tate, High Point civic leader and pioneer furniture manufacturer, was born at Owen Sound, Ontario, Canada, the son of Mary Ann and Edward Tate. About 1871 the elder Tate settled his family in Jamestown, N.C., and engaged in farming. His oldest son, John Hall Tate, was also a furniture manufacturer. Fred Tate was educated in the Jamestown area but sought his fortune in nearby High Point. After a brief period as store clerk, Tate became associated with the Southern Railway Company. In 1887 he was appointed clerk in the freight department, and in 1891 he became general agent, a position he held for fifteen years–even after entering into a private business venture. Convinced of the potential of the burgeoning furniture industry in High Point, Tate organized the Continental Furniture Company in 1901. He became president, treasurer, and general manager; he remained president until his death.

Continental specialized in the manufacture of solid wood bedroom and dining room furniture of superior quality. The woods used were predominantly mahogany, maple, and cherry. Tate was personally involved in all phases of the manufacturing process. He sought perfection in the selection of wood, in joinery, in cabinet fitting, in finishing, and in styling. 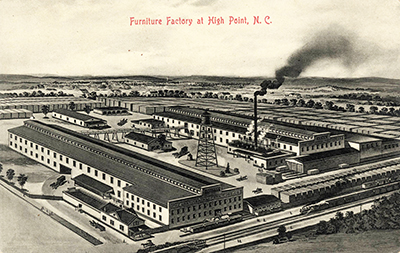 The Continental line was widely sold in the eastern United States and shipped throughout the country, especially into the metropolitan areas of New York, Chicago, San Francisco, and Boston. Known and advertised as "Continental Superior Quality," Tate's solid hardwood furniture was beautiful, but relatively expensive in an industry where many manufacturers catered to the popular market. Nevertheless, the Continental Furniture Company, at its height, employed some 150 skilled workers in buildings totaling 150,000 square feet and had an annual production of $2 million. Upon Tate's death his associates carried on the Continental tradition of excellence until the mid-1950s, when the company was sold to Burlington Industries, which phased it out.

Tate's cabinet craft brought immeasurable prestige to the furniture industry centered around High Point and earned him a national reputation. But his contributions to the industry and to his city did not end with the success of his own company. In his long career he was president of the High Point Chamber of Commerce, the Manufacturers 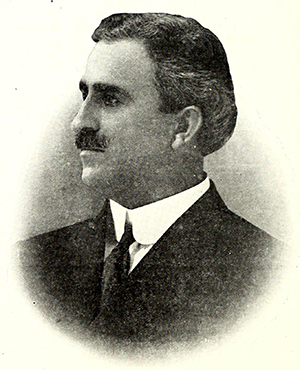 Club, the Southern Furniture Manufacturers Association, and the National Furniture Manufacturers Council. His efforts to improve the quality of life of his fellow citizens were no less impressive. Tate served six years as mayor of High Point, ten years as a public school commissioner, sixteen years as chairman of the Wesley Memorial Methodist Church Stewards, and several years as an influential YMCA board president. He was also a Mason, Odd Fellow, Elk, and Rotarian. Describing Fred Tate as "pioneering in spirit, steadfast in faith, generous almost to a fault, and courageous in leadership," the High Point Chamber of Commerce honored him in 1944 by a plaque that said in part: "He came to High Point when it was a village and by his immense vitality, keen vision, arresting leadership, and greatness of heart, he has been a dynamic force in helping to build its industries, its public and semipublic institutions and its citizenship." This seems an apt characterization of a busy man's busy life.

Despite his numerous business and civic responsibilities, Tate found ample time for his family, to which he was devoted. In 1891 he married Estelle Field, of High Point, an alumna of Greensboro College. They had four daughters—Mabel Alice (1892–1964), Kathryn (1894–1968), Frances (1896–1900), and Marjorie (1906–67). Tate was interred in the family plot, Oakwood Memorial Cemetery, High Point.