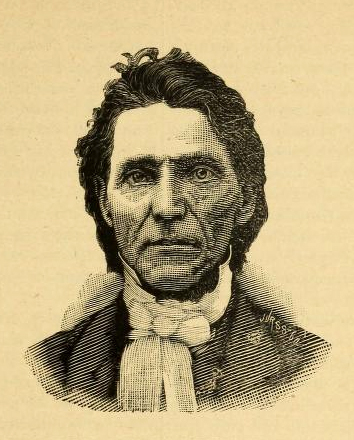 Jacob Stirewalt, Lutheran clergyman, was born near Salisbury, the second son and third and youngest child of John and Mary Elizabeth Rendleman Stirewalt. He was the grandson of Joannes Stirewalt, who emigrated from Germany in 1749 and built the pipe organ from which Organ (Zion) Church, Rowan County, gained its name. His father was a prosperous Rowan County farmer and a prominent member of Organ Church, where the infant Jacob was baptized on 3 Nov. 1805. Carefully reared and educated by his Lutheran parents, he "acquired that firmness of Christian character and those habits of persevering and systematic labor which marked his entire life." As a young man he tried his hand at farming and also taught school, but influenced by various members of the Henkel family, he resolved to enter the ministry and was licensed to preach by the Evangelical Lutheran Tennessee Synod in 1837. He preached his first sermon in Mount Calvary Church, Page County, Va., and was ordained by the Tennessee Synod in Salem Church, Lincoln County, N.C., in 1838.

From the day of his ordination, Stirewalt played an active role in synod affairs. He often preached at synod convocations and was elected treasurer of the synod in 1853 and reelected in 1859. At the same session at which he was ordained, Stirewalt, Ambrose Henkel, and Jacob Killian were asked to prepare a "Liturgy" for use in the churches. The synod approved their work at the session of 1839 and published the Liturgy in 1840. In 1848 the synod directed Stirewalt and several others to respond to certain "erroneous statements in regard to our body" that were made by Dr. Ernst L. Hazelius in his History of the American Lutheran Church. The committee asked the editors of the Lutheran Standard and the Lutheran Observer to publish corrections of these "errors." Five years later Stirewalt and others urged the synod to decline an invitation to unite with the General Synod of the Evangelical Lutheran Church of the United States which had been extended by the Pennsylvania Synod. An orthodox or confessional Lutheran, Stirewalt disapproved of the "American" Lutheranism of the General Synod. His colleagues shared his view and officially rejected the offer on the grounds that "under existing circumstances" such a union was not possible.

In the course of his ministry Stirewalt served many churches, chiefly in Page, Rockingham, and Shenandoah counties, Va., including Mount Calvary Church, Page County (1837–60); Rader's Church and Timberline Parish, Rockingham County (1837–39 and 1858–69); Soloman's Church, Forestville, Shenandoah County (1845–69); and St. Paul's Jerome (Orkney Springs Parish), Shenandoah County (1837–67). "In the 32 years of his ministry," his obituary recounts, "he preached 3132 sermons, of which 560 were funeral discourses; he confirmed 708 persons, and baptized 1259, and united in marriage 171 couples." A biographer described him as "energetic by nature, of a nervous temperament, and zealous in the advancement of everything in which he was interested." In addition to the Liturgy, Stirewalt translated Luther's "Large Catechism" for the first English edition of the Christian Book of Concord; or, Symbolical Books of the Evangelical Lutheran Church (1851, rev. ed., 1854) and was the author of Grades in the Ministry, published posthumously in 1881. Both works were printed by the Henkel family press at New Market, Shenandoah County, Va.

Stirewalt married Henrietta Henkel at New Market, Va., on 8 Jan. 1833. They had six sons and four daughters. Seven children survived their father, and two sons, John Nathaniel and Jerome Paul, became Lutheran ministers. Stirewalt died at his home in New Market at the age of sixty-four years and four days and was buried at Emmanuel Church, New Market. An engraving of him appears in J. C. Jensson's American Lutheran Biographies, and an illustration of the home in which he was reared can be found in T. T. Waterman's The Early Architecture of North Carolina.

Jacob L. Morgan and other, eds., History of the Lutheran Church in North Carolina (1953).