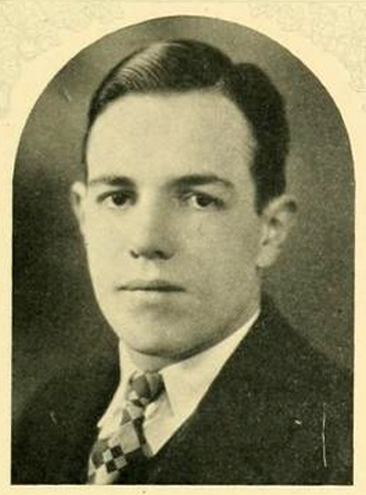 George Myers Stephens, author, publisher, conservationist, and civic leader, was born in Charlotte, the son of George and Sophie Myers Stephens. His father, one of the most effective business and civic leaders of the state, planned and developed Myers Park in Charlotte and the Episcopal conference center, Kanuga, near Hendersonville. The elder Stephens was at different times half owner of the Charlotte Observer and the Asheville Citizen, a longtime trustee of The University of North Carolina, and influential in bringing the Blue Ridge Parkway to the state.

After graduation from the Asheville School for Boys (1922) and The University of North Carolina (1926), George Myers Stephens developed and expanded his father's interests in his own way. In his senior year at Chapel Hill the yearbook Yackety Yack described him as "the best exemplification of things that really count." He served the university as a trustee from 1946 to 1964 and was awarded an honorary LL.D. degree in 1946.

After college Stephens took a job appraising timber in Swain and Haywood counties. His rich knowledge of this area, which became a part of the Great Smoky Mountains National Park, enabled him to write the authoritative guidebook to the park. His experience in the outdoors led him to become an organizer in planning, conservation, and recreation. In 1946 he helped create the Western North Carolina Associated Communities in eleven counties to encourage voluntary local support for the completion of the Blue Ridge Parkway, the formation of a Western North Carolina Tourist Association, the founding of the Cherokee Historical Association, and similar cooperative projects. As a conservator of mountain lore and history as well as of land and communities, Stephens was active in the formation of the Western North Carolina Historical Association and the Cherokee Historical Association. The Indian museum in Cherokee benefited from his time and energy as well.

In 1928 he joined his father's newspaper in Asheville. During his four-year association with the Citizen he used the paper to promote rural electrification, and in 1930 he was appointed to the North Carolina Rural Electrification Authority. As a result of his interest in rural mountain counties, he became editor of the Farmers' Federation News in 1932. The Farmers' Federation, begun in the 1920s by James G. K. McClure, Jr., undertook to organize buying and agricultural training among mountain farmers in a Christian cooperative. Stephens remained with the Federation News until 1936, when he left to form his own publishing company in Asheville.

The Stephens Press issued "a steady stream of books, maps, and other publications about North Carolina and particularly about the mountains of Western North Carolina." Stephens, who also encouraged libraries and reading, was president of the Friends of the Library of the university library in Chapel Hill as well as a permanent trustee of the Asheville-Biltmore Library system. His unique combination of scholar, civic leader, and naturalist was also exemplified in his service as chairman of the board of the North Carolina Botanical Garden, which had been established at Chapel Hill for the study and conservation of North Carolina's native plants.

In 1929 Stephens married Eleanor Waddell. They were the parents of two sons, George M., Jr., and Hugh W., and a daughter, Eleanor (Mrs. David A. Johnson).