Evan Shelby, frontiersman, trader, and militia officer, was born in Tregaron, Wales, the son of Evan, Sr., a merchant and farmer, and Catherine Daviess Shelby. The family emigrated to America in 1735, settling first in Pennsylvania and then in Maryland. One sister, Eleanor, moved to Mecklenburg County and married John Polk, who was of the family that afterwards produced James K. Polk, eleventh president of the United States.

Evan Shelby became a trapper and farmer, living on a plantation called the Mountain of Wales near Frederick, Md. When the French and Indian War broke out, he was commissioned a captain in the provincial army and served as a scout in the ill-fated Braddock campaign. He later was in charge of surveying and laying out the Forbes Road, or Pennsylvania Road, and was in the advance detachment at the fall of Fort Duquesne.

After the war Shelby continued his farming operations and began a fur trading company in the Northwest. The outbreak of Pontiac's Rebellion caused him severe losses that resulted in the forced sale of his Maryland lands. In 1771 he migrated to the Holston River area in the Virginia–North Carolina backcountry. There he built a fort and a store, one of only two on the frontier, on the site of what later would be Bristol, Tenn.-Va. The store became an important supply center for pioneers making their way along the Wilderness Trail into the trans-Appalachian region.

In 1774, when hostilities broke out between Virginia and the Ohio Indians, Shelby was appointed a captain in the local company of militia and led his force to the place where the Kanawha River empties into the Ohio River. There he became the leading participant in the Battle of Point Pleasant, the only battle of Lord Dunmore's War, which quieted the Indians in the Ohio Valley for several years.

Active in politics, he was a leader of the Fincastle County settlers who in January 1775 signed the "Fincastle Resolves," which gave their approval to the actions of the Continental Congress. He later served on a Committee of Safety to carry out the boycott of British goods. At the outbreak of the Revolution he wanted to join his friend, George Washington, in Massachusetts but was persuaded by Governor Patrick Henry to take charge of the defense of Virginia's frontier. He was promoted to the rank of major in 1776 and led a contingent of militiamen in fights against the Cherokees in the Tennessee Valley. In 1777 he was appointed a colonel and led his troops against the Chickamauga tribe, destroying for a time Indian power in the Virginia–North Carolina backcountry. 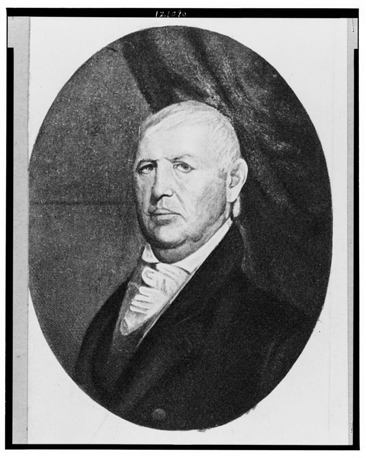 In the fall of 1779 a line was surveyed between Virginia and North Carolina, and most of the Shelby land was found to be in North Carolina. Therefore, he resigned his commission in the Virginia militia but remained active in frontier defense.

Following the Revolution Shelby opposed the abortive attempt to form the state of Franklin. Though he favored statehood for North Carolina's western counties, he opposed the manner in which it was carried out. North Carolina, in an attempt to conciliate the secessionists, formed a new military district called Washington, and Shelby was made brigadier general of the area in 1787. When John Sevier left the governor's position, the state of Franklin elected Shelby to succeed him, but he declined. He also resigned his post as military commander of the area, feeling that he had failed in pacifying the opposing groups, and retired from public life.

Shelby was married twice: in 1745 to Letitia Cox, who died in 1777, and in 1787 to Isabella Eliot. By his first wife he had five sons—John, Isaac, who led the mountain men at Kings Mountain and became the first and sixth governor of Kentucky, James, Evan, and Moses—and three daughters—Rachel, Susannah, and Catherine. By his second wife he had one son, James, and two daughters, Letitia and Eleanor. He died at his home and was buried in the city cemetery in Bristol, Tenn. No known portraits exist, but he was reputed to be dark, fairly tall for the day, and serious of demeanor. He was raised in the Anglican faith but attended the Presbyterian church.

Thomas P. Abernethy, From Frontier to Plantation in Tennessee (1932).

James G. M. Ramsey, Annals of Tennessee to the End of the Eighteenth Century (1853).

Evan Shelby is my 7th Great

Evan Shelby is my 7th Great Grandfather from my maternal Grandmother's side.

I'm thinking about writing a book involving Evan Shelby. Would you have any information on him that you'd be willing to share with me?

My nephew has been doing

My nephew has been doing genealogy research thru Ancestry DNA and had found that Evan Shelby is my 6th Great Grandfather. I just requested a DNA kit to help with the research. Very fascinating!