Kenneth Claiborne Royall, lawyer, secretary of war, and the first secretary of the army after President Harry S Truman's reorganization of the armed services under the Department of Defense, was born in Goldsboro, the son of George Claiborne, a manufacturer and civic leader, and Clara H. Jones Royall. Among his ancestors were Joseph Royall of Turkey Island, Va., and George Durant, a colonial governor of North Carolina.

Royall attended Goldsboro High School and then the Episcopal High School in Alexandria, Va., from which he was graduated at age fifteen. From 1910 to 1914 he studied at The University of North Carolina, where he majored in mathematics and participated in debating and athletics. Elected to Phi Beta Kappa, he received a B.A. degree in 1914. The next year he entered Harvard Law School, where he became associate editor of the Harvard Law Review and earned the LL.B. in 1917. 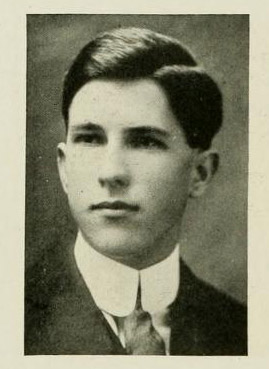 In May 1917, shortly after the United States entered World War I, Royall joined the army. After training at Fort Oglethorpe, Ga., Camp Jackson, S.C., and Fort Sill, Okla., he was commissioned a lieutenant. From August 1918 to February 1919, when he was wounded in action, he served with the Thirty-seventh Field Artillery in France.

On returning home in 1919, Royall was admitted to the North Carolina bar and began a law practice in Goldsboro. During 1929–30 he was president of the North Carolina Bar Association, and in 1937 he joined with other lawyers to form the partnership of Ehringhaus, Royall, Gosney, and Smith. By 1942 he had built a fifty-thousand-dollar-a-year law practice in Goldsboro and Raleigh and a reputation for being "one of the State's best trial lawyers." In 1927 he served as a state senator and in 1940 as a presidential elector.

On 5 June 1942, at the request of Under Secretary of War Robert Patterson, Royall rejoined the army as chief of the Army Service Forces legal section with a colonel's commission. In May 1943 he became deputy fiscal director of the Army Service Forces, and in November he was promoted to brigadier general. During 1944 and 1945 he saw duty overseas. In April 1945 he became a special assistant to Secretary of War Henry L. Stimson. In this capacity he served as a liaison with the Department of Justice in cases of fraud involving war contractors, coordinated proposals for legislative action and executive orders relating to procurement, represented the War Department at congressional hearings, and helped draft an early atomic control bill. For his "exceptionally meritorious service" he was awarded the Distinguished Service Medal in November 1945.

In October 1945 President Truman named General Royall as under secretary of war; he was confirmed by the Senate on 8 November. Although his major concern in this post was with the handling of terminations of war contracts, in January 1946, while acting secretary of war, Royall became embroiled in the administrative and morale crisis over the issue of postwar demobilization. Members of the Senate, reacting to the mass meetings and demonstrations of soldiers overseas protesting the slowness of demobilization, blamed civilian and military unrest on the War Department. But Royall held the American people to account. He warned that the current hysteria to "get the boys back home" endangered American occupation policy and, in consequence, "the victory so recently won."

Royall was a staunch defender of War Department policy, touring military installations abroad to investigate the disposition of surplus material, cemeteries (in April 1946 he sponsored a million-dollar program to provide for the return and reburial in the United States of most of the 328,000 American war dead in foreign cemeteries), and military justice systems. Nevertheless, later in 1946, Royall conducted a review of army court actions because of the feeling that under wartime conditions investigations may have been carried out too hastily and punishments inflicted with unnecessary harshness.

On 19 July 1947, only twenty-four hours after his nomination by Truman, Royall was confirmed by the Senate as secretary of war, following the resignation of Secretary Patterson. In this capacity he worked both for continued U.S. military preparedness and for U.S. trade policy for the American zones of Austria and Germany and for Japan. With the reorganization of the military bureaucracy in August 1947, Royall continued on as secretary of the army under Secretary of Defense James V. Forrestal. A strong believer in the necessity of American strength, Royall urged that the United States be prepared to use even its atomic weapon to ensure world peace. He continued to speak on industrial and trade matters as well, arguing in one appearance before Congress for the extension of the European Recovery Plan to include western Germany.

In April 1949, after several requests that he be allowed to return to private life, Royall resigned as secretary of the army and resumed the practice of law as a senior partner in the firm of Dwight, Royall, Harris, Koegel, and Kaskey in New York City and Washington, D.C. In 1958 he became head of the firm, reorganized as Royall, Koegel, and Rogers, and remained in that position until 1967, when he retired to Raleigh. He died at Watts Hospital in Durham after a brief illness.

He was a member of the American and North Carolina bar associations, the American Law Institute, Phi Beta Kappa, Delta Kappa Epsilon (honorary president, 1947), the Rotary and Goldsboro clubs in Goldsboro, the Links, Blind Brook, and Recess clubs in New York, the Chevy Chase (Md.) Club, and the Burning Tree and Army and Navy country clubs in Washington, D.C.