Reuben Ross, pioneer Baptist minister in the Cumberland settlements in Tennessee and Kentucky, was born in Martin County a few miles east of Williamston, the ninth of ten children of William and Mary Griffin Ross. Two of the sons, Martin and James, became noteworthy Baptist ministers serving longest in Perquimans and Bertie counties. Ross family tradition says that several persons of this name emigrated from Scotland to Virginia as a group; one of the descendants of "these supposed traditional ancestors," Reuben's grandfather for whom his father was named, moved from Roanoke, Va., to Martin County, possibly with other family members, for court records show Ross property transactions there as early as 1763. Reuben's devout parents were members of the Skewarkey church, led by Regular Baptists, strong in Calvinistic doctrine. Reuben did not join the church until age twenty-six, four years after his marriage in 1798 to Mildred Yarrell, daughter of Matthew and Mary Wheatley Yarrell, who were Episcopalians; Mildred joined the Skewarkey church two years before Reuben.

Despite his belief in the Bible and Christianity in a general way, Reuben looked upon religion as suited "to those in the declining years . . . no longer able to enjoy the . . . pleasures of this world." He was fond of worldly amusements that Baptists frowned upon, but when one of his companions of a Sabbath evening spent "very wickedly" was taken ill and died suddenly, he was awakened to a sense of guilt. A rigorous period of self-examination led him into the church and soon after, into the pulpit. He sold the farm he had recently inherited from his parents and invested the proceeds in a store in Williamston, intending to support his family from its profits and to preach in his spare time. By 1806, however, he decided to emigrate to Tennessee and sold his store to pay his debts. On 6 May 1807, on the eve of his departure for the Cumberland, he was ordained by a council of three elders: his brother James, Joseph Biggs, and his pastor Luke Ward, who had baptized both Reuben and his wife. 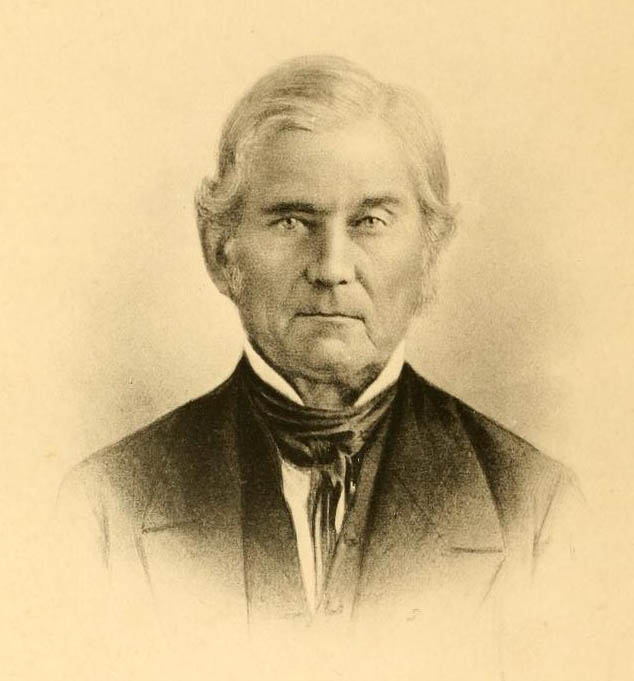 On their eight weeks' journey Ross and his family were accompanied by other families, including that of his wife's sister Rosa, Mrs. Charles Cherry; others from both sides of the family joined them later in Tennessee. During the first year Ross taught school at Fort Royal for three months and planted a crop on a place nearer Clarksville before moving to Stewart County, where he farmed for four years. He then bought three hundred acres in Montgomery County on the Kentucky line, his home for twelve years. Ross spent the last thirty-three years of his active life (1824–57) at his farm, Cedar Hill, on the north side of Spring Creek, just a few miles north of Clarksville. Wheatlands, the home place of his son James, his biographer, is in the Rossview Community, named for James; it is six miles away but about the same distance from Clarksville and is sometimes confused with Cedar Hill.

Soon after his arrival in Montgomery County on 4 July 1807, Reuben Ross began preaching and continued as time from the support of his family permitted. In November 1809 he was chosen pastor of Spring Creek of the West Fork of the Red River, which he had helped organize the previous year; it was an outgrowth of the Red River Church near Port Royal, which Ross and his wife had joined immediately upon their arrival. Spring Creek was a part of the Red River Association, of which he was elected assistant clerk in 1810; he preached the introductory sermon in 1812, serving as moderator that year and for several years thereafter. Red River Association consisted of churches in the newly opening Middle Tennessee and adjoining Kentucky counties, served by Regular Baptist preachers as the Skewarkey church had been.

Ordained to preach and having studied progressively through the years, Ross by 1817 had become convinced that he must preach that atonement was unlimited, rather than for the elect alone. He decided to make his position known at the funeral sermon for Miss Eliza Norfleet, to be held at a place just outside Port Royal towards Nashville, where most of the area preachers and church leaders would be present. After the sermon he left immediately, knowing that his associates would need to think through and discuss with each other the message he had brought. A conference was indeed held and Elder Sugg Fort was commissioned to talk with Ross to endeavor to bring him back into the consensus; but after a long session Elder Fort was won over to Ross's philosophy. Subsequently, over a period of years, many congregational members and a few preachers also followed him, with the result that in 1825 the Bethel Association in Kentucky, made up of churches in harmony with Ross's position, was formed after a peaceful separation (in spite of sharp differences) from the Red River Association.

Ross presided over the Bethel Association as moderator for twenty-six years, a rewarding and productive period. The numerical increase of members was greater than that of any other association in Kentucky; the seven hundred members in the eight original churches—Red River, Spring Creek, and Little West Fork in Tennessee and five Kentucky churches—had been joined by five additional Kentucky churches. By the time of Ross's retirement as moderator in 1851, the number of churches had increased to sixty-two with more than seven thousand members. The first meeting of the Southern Baptist Convention after the Civil War was held, perhaps significantly, in one of the churches of the Bethel Association in Russellville, Ky.

Ross's longest pastorates were at Spring Creek (1809–37), Little West Fork (1818–60), and Bethel (1835–52). According to James Ross, his biographer, his father's "success as a preacher was more splendid than at any other period of his ministry" during the seventeen years at Bethel Church, Christian County, Ky. Reuben Ross preached over a six-county area for more than forty-two years, generally serving two or more churches simultaneously in Montgomery, Robertson, and Stewart counties in Tennessee and Todd, Logan, and Christian counties in Kentucky. Soon after 1851 he withdrew from his wide circuit because of his diminishing strength. From 1857 until his death he lived with his daughter Nancy (Mrs. John Morrison) and her family at their farm home near Pembroke, Ky., from where he could still serve as pastor of the Little West Fork Church. He was buried in Montgomery County in the family cemetery at Cedar Hill, where his wife and other family members were buried. He was survived only by his son James and daughter Nancy Morrison. Seven other children had died in childhood or very early life after their arrival in Tennessee: Mildred, age three and one-half, in 1807; four children in one month in 1815, the oldest only nine; Nancy's twin sister, age seventeen, in 1816; and Garrard, age sixteen, in 1823.

Memorial services for Elder Ross have been held periodically: in the fall of 1860 at the time of the presentation of his life-size portraits to the Bethel Association (two portraits were authorized at the last association meeting before his death, one to be placed in Bethel Female College in Hopkinsville and the other in Bethel College in Russellville; both colleges were founded by the association, actions strongly supported by Reuben Ross); in 1861 in Bethany College chapel at the time of the dedication of the portraits; in 1871 at the dedication of the monument erected at the head of his grave by the Bethel Association, which also had built a strong iron fence around the cemetery; and in 1954, at his grave, the 178th anniversary of his birth, when he was remembered as the dean of the churches of his area and the father of the Bethel Association. His wise leadership came at the same period as the so-called reformation, when Peter Cartwright and Alexander Campbell were stirring the hearts of the Cumberland country settlers and the widespread study of doctrinal principles was redefining the differences in various denominations. Two statements regarding his role and strength as a church leader are, from his coworkers, "he never lost his nerve" and from his son James in the biography, "I think he had a genius for the management of affairs of great moment in church or state, had he been called to do so."

Incidents from his life, taken from the Life and Times of Elder Reuben Ross by his son James, have been set out in several ways in literature and history: the Clarksville (Tennessee) sesquicentennial historical drama of 1934 shows him as the master of ceremonies, introducing the clergy of Clarksville around 1830 (in 1834 he became the first pastor of the town's First Baptist Church, organized in 1831 and formerly a branch of Reuben's Spring Creek Church); Stark Young included excerpts from Life and Times under the title "Pioneer Days in Tennessee" in A Southern Treasury of Life and Literature (1937); Allen Tate based his eighteen-page story, "The Migration," in the September 1934 Yale Review, at least in part, on Reuben's background, family, and early experiences; and Ross's historic 1817 funeral sermon delineating his convictions on unlimited atonement is outlined in Goodspeed's History of Tennessee, followed by a discussion of the widespread controversy over doctrine for a number of years.