James Ross, author, teacher, and farmer, was born on a farm a few miles east of Williamston in Martin County. He was the son of Mildred Yarrell and Elder Reuben Ross, a pioneer Baptist preacher who began his ministry in Martin County and brought it to maturity and prominence in middle Tennessee and southern Kentucky. The family migrated to Tennessee in 1807 and settled near Clarksville.

Most of what is known about James Ross comes from his one book, Life and Times of Elder Reuben Ross. Now and again he tells of his pursuit of an education. There were then no public schools in Tennessee, and for a few years during and after the War of 1812 he occasionally attended a private school in the neighborhood of his father's farm. There he learned Latin and Greek, and to some extent mathematics. A Clarksville lawyer took an interest in him, gave him several Latin and Greek books, and communicated to the boy his own conviction that classical studies exercised and developed every faculty of the mind—memory, reason, taste, judgment, and imagination. In 1818, fearing that his father could not incur the expense of providing him the education he needed, Ross made an abortive attempt to run away from home to seek an education on his own. He was then sent to a school on the farm of Dr. Charles Meriwether at Meriville, Todd County, Ky. Meriwether was a man of extensive learning and a friend of Thomas Jefferson. Sometimes after supper he would talk to Ross about chemistry, and the boy stayed on during a holiday period to study geometry with him. Later, at a school run by John W. Tyler, Ross expressed regret at his deficiency in Greek, and Tyler, who stressed only Latin, undertook to read Greek with him, though he had discontinued his study of that language some years earlier. Thus, to a great extent Ross's education developed through a seeking out of kindred spirits. 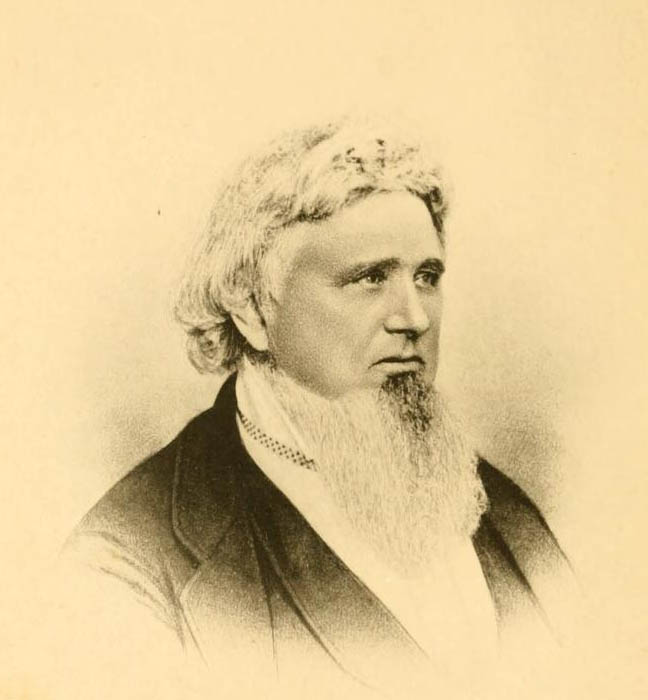 While in his twenties, he married Mary Barker, the daughter of Charles and Barbara Barker, and they became the parents of seven children. They lived on a several-hundred-acre farm, Wheatlands, at Rossview, about eight miles northeast of Clarksville. Not content simply to farm, Ross erected a log cabin school near his house and for forty years taught Greek and Latin to the young in his farm community. (The school, converted into a home, still stands.) Perhaps by accident, he acquired his third vocation, writing. The introduction to excerpts from Life and Times of Elder Reuben Ross, in Stark Young's A Southern Treasury of Literature, states: "He was generally thought by his family to be indolent and unenterprising. Legend has it that his children suggested his writing of his father's life 'to keep Papa busy.'" Be that as it may, the book was written near the end of his life and published posthumously in 1882. He was buried in the cemetery at Meriville.

The title of the book and perhaps some of the material in the first chapters came to Ross from the Reverend J. M. Pendleton's "Funeral Discourse" for his father. Pendleton also wrote the introduction to Life and Times. Ross says in the dedication to his daughter, Mrs. Marion R. Dudley, that he hopes "she and others of his descendants . . . may feel an interest in the narrative." However, the book did not make an immediate imprint beyond the family. His youngest son, Dr. John Walton Ross, at one time director of the medical service of the U.S. Navy, bore the publication costs. About five hundred copies were printed, and for many years numerous copies were stacked in the attic of the family farmhouse at Wheatlands. Then all of a sudden copies of the book became almost impossible to find. In the nineteen thirties a man of letters, Allen Tate, recognizing the literary, historical, and sociological value of Life and Times, sought unsuccessfully to get it reprinted. It was his idea to make the book more compact by editing out some of the religious passages and chapters. Tate did persuade Stark Young to include three excerpts in A Southern Treasury of Life and Literature (1937) and grounded an eighteen-page story, "The Migration," on the chapters narrating the Ross family's migration from North Carolina. The book was finally reprinted in its entirety by Anne E. Alley and Ursula S. Beach in 1977.

The anonymous author of a biographical sketch of another of Ross's sons, Captain Edward Barker Ross, terms Life and Times "not only a faithful history" of a pioneer Baptist preacher "but also the best interpretation of the men and women of those early times which has ever been written" and adds "that in point of style and quaintness of humor it approaches that of Charles Lamb and Thackeray." Allen Tate calls the book a masterpiece.

Perhaps Life and Times 's greatest achievement is that it gives concrete embodiment to the frontier movement, both in the detailed story of the pioneer Baptist's preacher's experience and in its depiction of life in early North Carolina and Tennessee. Ross had an acute memory for his own firsthand experience and for the stories that others told him. The times were themselves right to sharpen memory, as he points out when recollecting the two months' migration by covered wagon from North Carolina to Tennessee. "What things I shall relate, and many besides, were themes of conversation in the family circle long years afterward, and thus became fixed in my memory." Later in the book he expresses surprise "at the distinctness with which long forgotten scenes and incidents re-appear even now when I think of those early times."

In the first hundred pages Ross gives his recollections of the Williamston and Martin County of his early childhood and the story of his father's conversion. The next fifty or so pages narrate the arduous journey across the mountains, and the balance of the book tells of life in early nineteenth-century Tennessee and of his family's personal experiences, especially his father's struggles and triumphs in the church. Incidentally, all three of the excerpts in the Stark Young book are drawn from the North Carolina period. One deals with attitudes of children towards old women and Negroes, one with scenes around the old Williamston courthouse, and the final one with the first day of the great journey.

It is the part of the book narrating the life and times in middle Tennessee that Tate felt needed editing. However, throughout Life and Times there is a feeling for the physical and social milieu, for the customs of the people, and for individualizing character. Ross views people both satirically and compassionately. He sees scenes with a droll eye and pokes fun at pomposity but never forgets the sadness in people's lives, particularly as they grow older: "The stress of time, on its mighty but silent current, bears away the generations of men." Finally, Ross's style—its simplicity and the soft rhythms of his sentences—is noteworthy. Undoubtedly the style owes much to his arduous classical training and to the serenity and unhurriedness with which he let scenes and incidents arise in his memory.

Stark Young, A Southern Treasury of Life and Literature (1937). Some material was obtained from conversation with Allen Tate and others.

Burnett, J.J. Sketches of Tennessee's pioneer Baptist preachers, being, incidentially, a history of Baptist beginnings in the several assocations in the state; containing, particularly, character and life sketches of the standard-bearers and leaders of our people; commencing with the oldest communities of Baptists and covering, substantially but not in detail, a period of one hundered years (1775-1875) of Baptist effort and achievement in Tennessee; with photo illustrations and an appendix of curious documents and bits and fragments of church history. Nashville, Tenn: Press of Marshall & Bruce Co. 1919. https://www.worldcat.org/title/sketches-of-tennessees-pioneer-baptist-preachers-being-incidentally-a-history-of-baptist-beginnings-in-the-several-associations-in-the-state-containing-particularly-character-and-life-sketches-of-the-standard-bearers-and-leaders-of-our-people-commencing-with-the-oldest-communities-of-baptists-and-covering-substantially-but-not-in-detail-a-period-of-one-hundred-years-1775-1875-of-baptist-effort-and-achievement-in-tennessee-with-photo-illustrations-and-an-appendix-of-curious-documents-and-bits-and-fragments-of-church-history/oclc/2654321 (accessed August 29, 2014).