Harold Frank Robinson, plant geneticist and university administrator, was a native of Mitchell County, the son of Fred H. and Geneva J. Robinson. As a towheaded youngster growing up in the village of Bandana, he was given the nickname "Cotton" by which he was known to friends and family throughout life. Education was important to the Robinsons, and Cotton proved to be an apt student. But there was little money; young Robinson first planned to become a Bandana merchant, continuing what had been a part-time job. In the summer after his high school graduation, he decided instead to attend Mars Hill College, a Baptist institution known for its assistance to struggling mountain families. His first tuition was paid with forty bushels of potatoes and his work in the college kitchen. He later attended North Carolina State College, where he received bachelor's (1939) and master's (1940) degrees.

Robinson's first employment, as a seed specialist with the North Carolina Crop Improvement Association, was interrupted by World War II. A line officer in the U.S. Navy from 1941 to 1945, he saw service in the war against German submarines in the Mediterranean. When the conflict ended, he was navigator of the aircraft carrier Saginaw Bay. 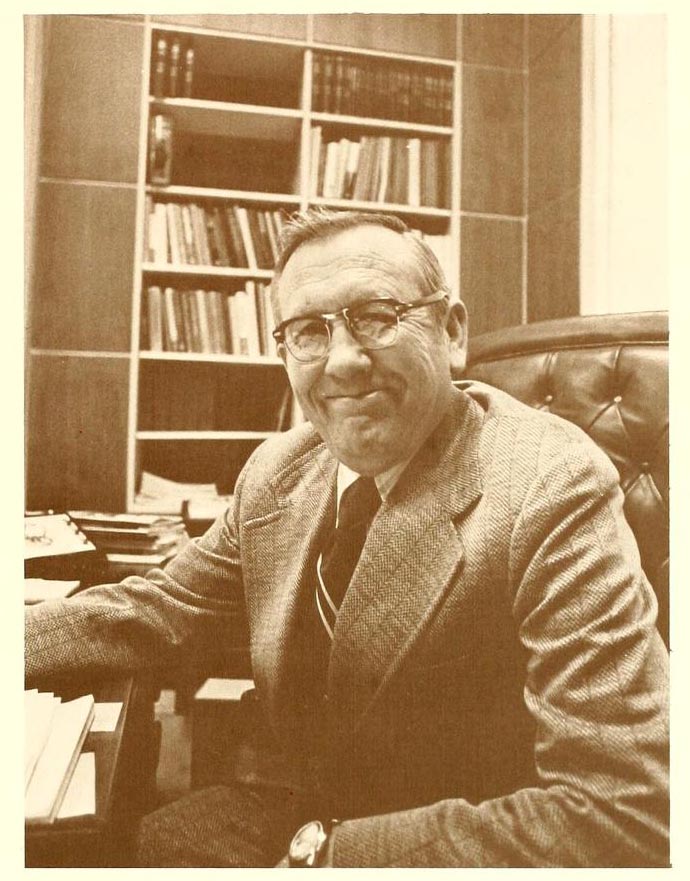 After the war Robinson joined the experimental statistics faculty at North Carolina State College, beginning a twenty-three-year stint at that institution. Having received a doctorate in genetics and plant breeding from the University of Nebraska in 1948, he rose to a full professor in 1951. His research in quantitative genetics gained international attention. In 1958 he became head of the Department of Genetics, and in 1962 he was named director of the Institute of Biological Sciences and assistant director of the Agricultural Experiment Station. From 1965 to 1968 he served as North Carolina State College's administrative dean for research. In 1964 President Lyndon B. Johnson appointed Robinson executive director of his Science Advisory Committee on the World Food Supply, a panel that produced a landmark study of food and population problems.

Robinson left North Carolina in 1968 to become deputy chancellor of the University of Georgia System, with responsibility for academic affairs. In 1971 he became provost of Purdue University, a position he held until his appointment as chancellor of Western Carolina University (WCU) three years later. Robinson considered his move to Cullowhee a homecoming, particularly since his wife, Katherine Palmer Robinson of Waynesville, had been a student there. He once stated his motives simply: "I wanted to do something for my people here in western North Carolina, and I saw WCU as an opportunity to really build an institution dedicated and committed to serving the people of the region."

The new chancellor went to Western Carolina in 1974 after the university had experienced a period of administrative instability. Morale among students, faculty, and staff was low. With characteristic energy Robinson launched a number of initiatives simultaneously, all signaling that he would be an activist chancellor. For the next ten years he worked diligently and tirelessly, while expecting the same effort by the faculty and administrative staff, to secure for Western Carolina University curricular expansion, increased state appropriations, and a broader service area. A strengthened faculty and curriculum in Cullowhee were to be the basis for regional programs.

During the decade Robinson was chancellor, Western Carolina University experienced impressive development. Undergraduate programs increased from 68 to 90 and graduate programs, from 43 to 80. Emphasis was placed on new programs in fast-growing career fields and on preprofessional programs. Two new schools—the School of Technology and Applied Science and the School of Nursing and Health Sciences—were founded to reflect this emphasis. Library holdings, housed in a modern new facility, increased from 442,301 to 1,037,070. The physical plant doubled in value to $100 million and total expenditures rose from $16.2 million to $42.7 million. Cooperative education, army ROTC, graduate programs in Asheville, and a Western Carolina Center in Cherokee all were initiatives of special interest to the chancellor. Reflecting his concern for western North Carolina, Robinson was instrumental in establishing the Center for Improving Mountain Living to promote economic development and the Mountain Heritage Center to preserve the region's history and culture. Annually the celebration of Mountain Heritage Day, replete with mountain crafts and music, drew thousands of people to the Western Carolina campus.

It would be incorrect, however, to leave the impression that Robinson's efforts were concentrated only on the mountain region. In the 1970s and 1980s Western Carolina University became involved in regional development programs in fifteen countries in Latin America, Africa, and Asia. Robinson was particularly interested in a water development–forestation project in Nepal, in university development in Swaziland, in the education of Jamaicans on their home island and in Cullowhee, and in fostering ties with China's Yunnan University. In 1981 he was appointed to a ten-person Foundation Committee to assist in establishing the Sultan Qaboos University in Oman, a venture that took him to the sultanate three times a year.

Upon his retirement in 1984, Chancellor Emeritus Robinson was appointed director of institutional research and in that capacity continued his efforts to promote regional and international development. He was instrumental in the establishment of the Joint Private and Voluntary Organizations/University Rural Development Center, the Mountain Aquaculture Center, and the North Carolina Center for the Advancement of Teaching. In addition, he was active in Western North Carolina Tomorrow and was cochairman of the I-26 Corridor Association.

Despite a busy career in academic administration, Robinson never lost interest in plant genetics and the world food supply problems. He was appointed by President Jimmy Carter to serve on the Board for International Food and Agicultural Development, and in 1978 he was named to the U.S. Department of Agriculture's Joint Council on Food and Agricultural Science. He took particular pride in a research project conducted on his Cullowhee property in which he purified Cherokee Indian corn, returning it to its original, hardy state.

Robinson and his wife Katherine had two daughters, Karen and Joanne. After a memorial service attended by Cullowhee folk and the state's political and education leaders, Robinson was buried in the Greenhill Cemetery, Waynesville.

Robinson, H.F. The value of an education, or, has it all been worth while?: summer commencement address, August 4, 1975. Cullowhee, N.C.: Office of Public Information, Western Carolina University. https://www.worldcat.org/title/value-of-an-education-or-has-it-all-been-worth-while-summer-commencement-address-august-4-1978/oclc/21020720 (accessed August 28, 2014).