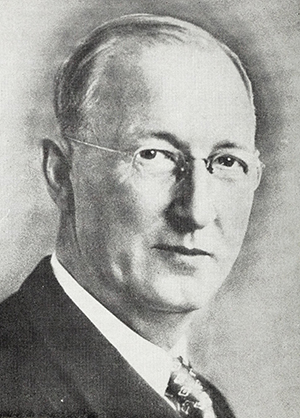 Weston Cosby Reed, Baptist minister and child care executive, was born on a farm near Sylva, in Jackson County, the fifth child of James Phillip and Marcella Farmer Reed. He attended the public schools of Jackson County and in 1914 finished Cullowhee Normal and Industrial School (now Western Carolina University). Reed received his B.A. degree from Wake Forest College in 1925 and did postgraduate work at George Peabody College (1921) and The University of North Carolina (1928). After college he served successively as president of Sylva Collegiate Institute (1925–27), principal of Cullowhee High School (1927–29), superintendent of public schools in the Sylva school district (1929–33), and superintendent at Balls Creek Consolidated School at Newton (1933–41).

Reed had been ordained by Scott's Creek Baptist Church in the Tuckaseigee Baptist Association and was called to the Maiden First Baptist Church in 1942. This was his only full pastorate and after a year and a half, he began twenty-five fruitful years in the ministry of child care with the Baptist Children's Homes of North Carolina. From 1943 to 1950, Reed served as superintendent of the Kennedy Memorial Home, Kinston. Under his leadership the work grew, services and facilities were improved, and many friends for the home were cultivated in eastern North Carolina. In 1950 he was elected general superintendent of the Baptist Homes of North Carolina and moved to Thomasville to live and work. During the next eight years he was a very effective promoter of the children's homes—raising funds far and wide and never missing an opportunity to speak out for better care for the homeless and parentless children who needed the security of Christian influences in their early lives.

After his retirement, Reed served as copastor of the Kinston First Baptist Church and as consultant for the Baptist Homes. For many years he was active in the Rotary Club in Kinston and served six years as chairman of the Lenoir County Board of Public Welfare. He was a former first vice-president of the Baptist State Convention of North Carolina and the first president of the Child Care Executives of Southern Baptists. Much of his time was spent in writing a history of the Baptist Children's Homes. This was completed by his wife after his death and published as Love In Action: The Story of the Baptist Children's Homes of North Carolina (1973). Reed married Mellie Parker on 23 Dec. 1916. They had three children: Westen Ollin, Marcella (Mrs. Theodore L. Huguelet), and Mary Nell (Mrs. Charles C. Mason).