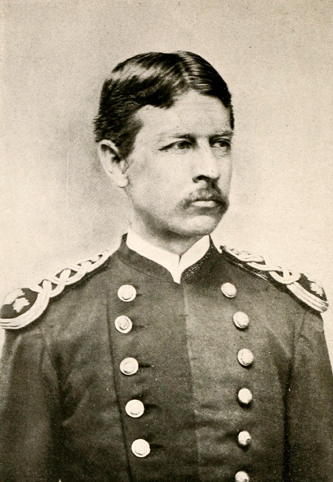 Walter Reed, bacteriologist, was born at Belroi, Va., the son of Lemuel Sutton and Pharaba White Reed. It is thought that he was a lineal descendant of William Reed, a colonial governor of North Carolina. Lemuel S. Reed was a Methodist clergyman and held brief pastorates at Harrellsville and Murfreesboro, N.C., in the 1850s and again at the latter town in 1874. In the intervening years, Walter Reed had graduated in 1869, at age seventeen, from the University of Virginia medical department and in 1873 from Bellevue Hospital medical college in New York. In 1874 he married Emily Blackwell Lawrence, daughter of John Vaughan Lawrence of Murfreesboro. By this time he had become an assistant surgeon in the U.S. Army medical department and would spend eighteen years at military bases around the country.

Following studies in bacteriology and pathology at Johns Hopkins Hospital in the early 1890s, Reed was promoted to major and became in 1893 curator of the army medical museum in Washington, D.C., and professor of clinic microscopy and bacteriology at the army medical school. Two years later he was appointed professor of bacteriology at what is now George Washington University Medical School. Specializing in the relatively new science of bacteriology, he became interested in a variety of diseases, including diphtheria, malaria, and typhoid fever. He was a pioneer in the advocacy of antitoxin treatment of diphtheria and federal regulation of preparation of this and other biologic remedies.

At the outbreak of the Spanish-American War in 1898, Reed was already concerned with the study of yellow fever, having in the previous year conducted an investigation to show that the specific causative agent of the disease claimed to have been found by an Italian scientist had no causal relationship to yellow fever. When yellow fever epidemics broke out in army camps at Havana and elsewhere in 1900, Reed was named to a commission of medical officers to study the cause and mode of transmission of the disease. As planning head of the commission, he became convinced that water was unimportant in transmission and began to pursue an earlier suggestion that mosquitoes might be the real agent of transmission. Experimenting with human subjects, Reed and his commission were able to establish that the mosquito Stegomyia fasciata (later classified Aëdes aegypti ) was the actual carrier of yellow fever. An attack launched against the mosquito in early 1901 reduced the number of cases from 1,400 in the previous year to only 37 in that year and to 0 in Havana in 1902. With this demonstration, yellow fever was all but eliminated as a fatal disease.

Reed returned to Washington in 1901 to continue work at the army medical school and as a professor of pathology and bacteriology. He died of chronic appendicitis in Washington in late 1902. Recently he had been awarded the honorary degree of A.M. by Harvard University and the LL.D. degree by the University of Michigan, and a few days before his death he had been appointed librarian of the army medical library. He was survived by his wife and two children, Lawrence and Emily (Blossom). The army's general hospital in Washington was named in his honor.