William Whatley Pierson, scholar, university professor, and administrator, was born in Brundige, Ala., the eldest son of Dr. William Whatley, a surgeon, and Minto Anglin Pierson. After preliminary education with tutors and in local private and public schools, he attended the State Normal School in Troy (Ph.B., 1908), the University of Alabama (A.B., 1910; A.M., 1911), and Columbia University (A.M., 1912; Ph.D., 1916). Travel and study abroad included research in Peru, Chile, Argentina, Brazil, Portugal, Spain, and France as a Kenan Traveling Professor and, as an associate of the Carnegie Institute of Washington and the Carnegie Foundation of New York, respectively, in Venezuela in 1928 and 1940. Pierson earned doctoral degrees honoris causa from Boston University (1943), Washington and Lee University (1949), and the University of North Carolina at Greensboro (1963), fittingly the first honorary degree conferred by that institution under its new title.

Pierson's principal teaching was at The University of North Carolina, where he was successively instructor, assistant professor, and professor of history and government (1915–35); professor of political science (1936–57) and head of that department (1936–42); and Kenan professor (1957–63). In his capacity as administrator, he was first of all dean of the Graduate School at Chapel Hill (1930–57). He also served in the university system as acting chancellor of the Woman's College in Greensboro (1956–57, 1960) and acting director of the Board of Higher Education (1960). Furthermore, he guided in the formation of a graduate curriculum at the North Carolina College (later North Carolina Central University) in Durham and prevailed upon the state legislature to establish a graduate school there in 1939, serving as its first dean and later its co-dean. From 1954 to 1964 he was a key member of its board of trustees. 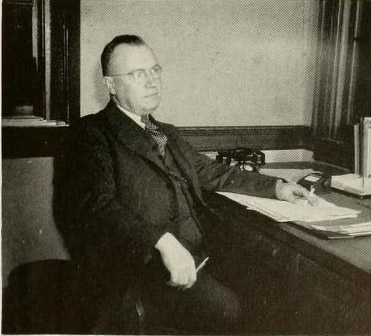 Beyond North Carolina's borders Pierson was active in numerous regional and national agencies concerned with postbachelaureate education. His most important role was in the pivotal Association of American Universities, where he served on the Committee on Classification (1933–48) and was executive secretary (1943–48). Regionally, he was a two-term president of the Conference of Deans of Southern Graduate Schools, member of the Executive Council and the Committee on Instruction in Higher Education of the Southern Association of Colleges and Universities (1945–52), vice-president (1951–52) and president (1953) of the Southern University Conference, and chairman of the Administrative Committee of the Southern Fellowships Fund (throughout its existence, 1954–63). As part of his work in these agencies he wrote many reports and synoptic recommendations that are preserved in their several journals or proceedings. Typical of these is "Organization of a Graduate School within the University," Journal of the Proceedings and Addresses of the 37th Conference, Association of American Universities (1933).

Pierson also was an associate editor of the Hispanic-American Historical Review (1920–26, 1928–34); editor of the Inter-American Historical Series of The University of North Carolina Press; a member or corresponding member of Sigma Alpha Epsilon, Phi Beta Kappa, the Chapel Hill Rotary Club (president, 1949–50), the Hispanic Society of America, and the Academie Nacional de la Historia de Venezuela.

In religion Pierson was a Methodist. He was married twice: to Henrietta Elizabeth Brase in New York in 1916 (divorced in 1942) and to Mary Bynum Holmes in Mount Olive, N.C., in 1945. At the time of his retirement in 1963, he moved to Mount Olive and, upon his death three years later, was buried in Maplewood Cemetery. He was survived by Mary Bynum Holmes Pierson and no children.

Pierson's career spanned a period of explosive growth in the number of institutions of higher learning in the nation and especially in the southern region. His leadership contributed greatly to the achievement of orderly growth rather than a chaotic proliferation of programs leading to master's and doctoral degrees. In this way a firm foundation was laid for the South to attain a standard of excellence in postbachelaureate education previously aspired to only by a few universities in the North and the East.

Pierson, William Whatley. "Some Reflections on the Cabildo as an Institution," The Hispanic American Historical Review 5. https://archive.org/details/jstor-2506061 (accessed September 22, 2014).