David Pender, grocer and businessman, was born in Tarboro, the son of Robert W. and Martha Wallace Pender and the nephew of General W. D. Pender. His father was a cotton commission merchant. Educated in the schools of Edgecombe and Warren counties, Pender at age twelve began work as a helper in a Tarboro grocery store and undertook to learn everything he could about the business. In 1893 he went to New York and worked in several large department stores before returning to Tarboro. 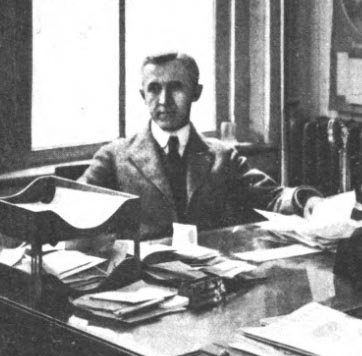 At twenty-four he packed his belongings, took his modest savings, and moved to Norfolk, Va., where he found a job in a grocery store owned by two partners. In addition to his wages Pender received a quarter share of the annual profits, but soon the owners decided to sell their business. Borrowing the money to acquire it, Pender became the proprietor. By catering to the needs of his customers, keeping his store clean and attractive, and offering friendly service, he succeeded even in the face of cutthroat competition intended to drive him out of business. On 29 Jan. 1900 he incorporated as the D. Pender Grocery Company and soon opened other outlets in Norfolk and, in time, elsewhere in Virginia and in North Carolina. His central store on Granby Street was probably the largest grocery store in the United States.

By 1922 Pender owned seventy-five stores and passed the million-dollar mark in sales. He also formed the Pender-Dillworth Company, Inc., an independent wholesale establishment, opened his own bakery and restaurant, and organized the Norfolk Delivery Corporation. In 1926 he disposed of his business interests, including 244 grocery stores, to a syndicate. In time the D. Pender stores became a part of the Colonial Stores, Inc. After selling his business, Pender established the Southgate Brokerage Company, which he soon turned over to his son. He then undertook a program of public service, serving as head of the Naval YMCA, president of the Norfolk Merchants Association, and president of the Norfolk General Hospital, among other roles.

In 1902 Pender married Mellie Whitehurst of Tarboro, and they became the parents of David, Jr., and Elizabeth. He was buried in Forest Lawn Cemetery, Norfolk.

David Pender, "What I learned in a Tarboro Grocery," American Magazine (January 1922 [portrait]).