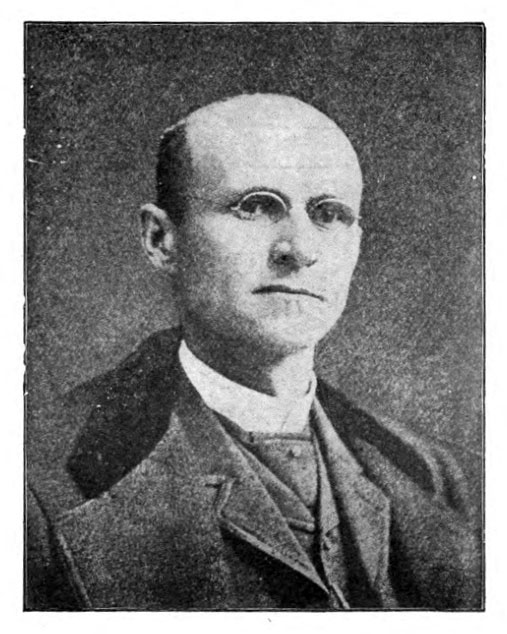 Edgar Wilson (Bill) Nye, journalist and humorist who spent his last years near Asheville, was born in Shirley, northern Maine, the oldest of three sons of Franklin and Elizabeth Loring Nye. His father, a lumberman, was a descendant of one of the earliest (1635) settlers of Lynn, Mass. In 1852 the family moved to a settlement on the St. Croix River in Wisconsin and took up farming. Bill Nye later described his boyhood home as "one hundred and sixty acres of beautiful ferns and bright young rattlesnakes." He received a common-school education ("between Indian massacres," he later wrote) and prepared himself for the law. He taught school briefly and began his writing career as a correspondent for local Wisconsin newspapers. In 1876 he moved westward on his own and settled in the city of Laramie in the new Wyoming Territory.

Here Nye passed his bar examination and became a justice of the peace for a short time, but his real work began as a humorous contributor to the Laramie Daily Sentinel. His sketches of western life became widely known and were reprinted as far west as San Francisco and south to Texas. In 1881 he founded his own paper, the Laramie Boomerang, which he edited for three years. He quickly achieved a national reputation with his humorous articles, and three collections of them were published: Bill Nye and Boomerang (1881), Forty Liars and Other Lies (1882), and Baled Hay (1884). For health reasons, he was advised to seek another climate. He lived briefly in Greeley, Colo., and Hudson, Wis., before going east to accept a position on the New York World in 1886.

Over the next decade Nye joined the top rank of American humorists: his columns were syndicated nationally, he contributed to the leading magazines, and his work even became well known abroad. During this period and for the rest of his life he was a popular lecturer across the nation, at first alone and then in the company of poet James Whitcomb Riley. Nye and Riley were one of the most popular lecture teams of that time; Riley's sentiment and pathos contrasted well with Nye's wit and satire.

Bill Nye first visited the Asheville area in 1886 and was impressed with the scenery and climate, writing: "You will find enough climate in 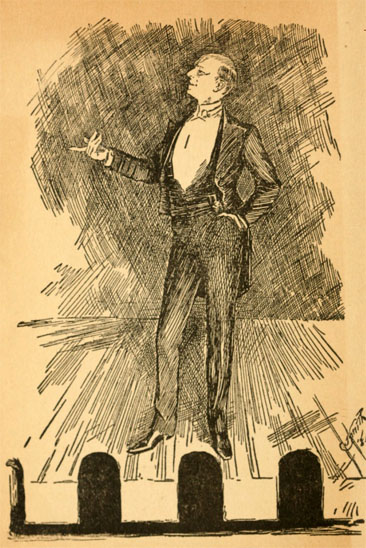 twenty minutes to last a week" and "the two chief products of Western North Carolina are smoking tobacco and climate. If you do not like the climate you can help yourself to the smoking tobacco." In a mountain hollow he came upon what "seemed to be a kind of laboratory, for I could see here and there the earmarks of the chemist." Then a shaggy mountaineer appeared and "showed me a new beverage that he had been engaged in perfecting . . . I took some of it to show that I confided in him . . . The fluid must have been alcoholic in its nature, for when I regained consciousness I was extremely elsewhere . . . I hardly knew how I got home, but I finally did get there, accompanied by a strong leaning toward Prohibition."

In 1891 he moved permanently to Arden, ten miles south of Asheville. He was in poor health due to attacks of meningitis, yet he continued to write and give lectures. The citizens of Asheville welcomed their famous new resident with a gala banquet on 29 Dec. 1891. He and Zebulon B. Vance were the featured speakers, and the audience, according to newspaper reports, "wept with laughter" during the evening. His house, or "shatto" as he called it, was located at Buck Shoals on the east side of the French Broad River. He wrote of it: "George Vanderbilt's extensive grounds command a fine view of my place." Here in his last years he welcomed many distinguished visitors and wrote often of the attractions of western North Carolina. He died at Buck Shoals of meningitis. Services were held at Calvary Episcopal Church, Fletcher, N.C., of which he was a member. He was buried in the churchyard, where a memorial monument was erected in 1925.

Tall and spare of build, bald with wire-frame glasses and a stooping posture, Nye was a favorite target of caricaturists; his image was known to millions of Americans in the early 1890s. His humor was in the school of Mark Twain, Artemus Ward, Josh Billings, and other humorous journalists of the time. Like them, he depended on broadness and exaggeration, but his satire, in which he often used himself as a foil, was gentle rather than cutting. He was also a talented pen-and-ink artist and often illustrated his articles with sketches.

On 7 Mar. 1877 he married Clara Frances Smith of Chicago. The couple had four children: Bessie, Winifred, Max, and Frank Wilson. The latter wrote an excellent biography, with excerpts from his father's writings, in 1926.

One tribute at his death, written by a young Houston reporter, William S. Porter, has become notable in its own right. The man who would later become O. Henry said of him: "His was a child's heart, the scholar's knowledge and the philosopher's view of life."