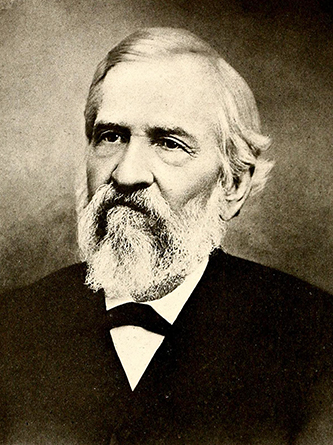 William Rayford Myers, business and community leader, was born in Anson County, the son of Absalom and Sarah Pickett Myers. His mother was descended from the Raiford family, of Cumberland and Anson counties, for whom he was probably named, with a change in spelling. He was prepared for college at Pleasant Retreat Academy in Lincolnton. His father provided him with funds to enter The University of North Carolina, but instead he chose to go to Texas, where he joined the army of the Republic of Texas in its war against Mexico. He served for about four months in the early part of 1837, for which he received a bounty warrant of 1,280 acres. After returning to North Carolina, he read law in Hillsborough under William A. Graham, later governor of the state.

In 1843 Myers settled in Charlotte, where he was soon elected solicitor of the county court. He held this office for several years while continuing to build a successful law practice. However, he gradually gave up his legal career as he became more involved in business affairs and in the management of a substantial estate inherited by his wife. From about the beginning of the Civil War, he considered his occupation to be that of a farmer.

His participation in public affairs during the 1850s included serving as a city commissioner a number of times and in the state legislature as a member of the House of Commons (1854–55) and of the senate (1856–57). Myers, a Democrat, strongly opposed secession, but after seeing that this course was inevitable, he acceded to the wishes of the majority and urged others to join in defending their native section against the North. At the beginning of the Civil War, he was one of the organizers of vigilance committees to protect the community from incendiary fires. Soon volunteering for military service, he equipped Company G, Thirty-fourth North Carolina Infantry, and was commissioned its captain in September 1861. He remained in the Confederate army only until the following April, when the regiment was reorganized and he was not reelected. Nevertheless, according to the widespread custom for those who had been commissioned Confederate officers, he was referred to as "colonel" for the rest of his life.

Myers was active in promoting Charlotte's growth as a business community for almost half a century. In the field of banking, he was a member of the first board of directors of the first locally owned bank—the Bank of Charlotte—which opened in 1853. In 1880 he was vice-president of the First National Bank of Charlotte. Also identified with the development of railroads in the state, he served as president of the Atlantic, Tennessee, and Ohio Railroad Company in the late 1870s and early 1880s. This was one of the several small lines absorbed by the Richmond and Danville Railroad, which, by a later merger, became part of the Southern Railway System. Myers is credited with winning support for a petition to the legislature to pass a stock law, a necessary condition for the building and use of good roads to improve his county's internal transportation.

He also was concerned with enriching his community in ways other than material. The year after he moved to Charlotte, Myers was one of the organizers of St. Peter's Episcopal Church when its status changed from that of a mission to a parish in 1844. He was elected to its first vestry and appointed secretary. In 1857 he was one of the original stockholders who raised money for the establishment of the Charlotte Female Institute, which evolved into present-day Queens College. In the area of education, he is best remembered for a gift in 1867 of eight acres of land for the campus of Biddle Institute, a college for young black men (now Johnson C. Smith University).

During the latter part of the nineteenth century, Myers and his family were among the most affluent residents in Charlotte, and they were apparently generous in sharing their wealth in ways that gave pleasure and help to others. The Myers home, built about 1850, was described by contemporaries as being beautifully situated, elegant, and equipped with many conveniences rarely seen at that period. Not only was it the center of much hospitality for relatives and friends, but also—during the Civil War—it was a haven for refugees fleeing to Charlotte when the Northern forces took over the capitol at Richmond in April 1865. At this time it was one of the homes made available to members of the Confederate cabinet.

John Wheeler Moore, comp., Roster of North Carolina Troops in the War between the States, vol. 2 (1882).