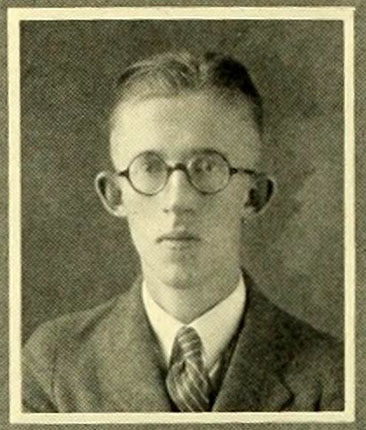 George Moseley Murphy, chemist and educator, was born in Wilmington, the son of James Moseley, a clerk in a dry goods store, and Katie Bappler Murphy. After receiving a B.S. degree in chemistry (1924) and an M.S. degree (1925) at The University of North Carolina, he taught for two years at Clemson College before enrolling for his Ph.D. at the University of Pennsylvania. Transferring to Yale in 1928, he earned a doctorate under Herbert S. Harned in 1930. His interest in the application of quantum mechanics to chemistry led him to seek a postdoctoral appointment in 1930 with the distinguished physical chemist, Harold C. Urey, at Columbia University, where he was an instructor from 1932 to 1936.

At Columbia, Murphy conducted experiments and theoretical studies on the fractional distillation of liquefied hydrogen, and with Urey and Ferdinand G. Brickwedde he was the codiscoverer of deuterium, or heavy hydrogen, in 1931. This isotope of hydrogen is rare, for less than one part in six thousand of naturally occurring hydrogen is deuterium. Its existence was postulated by Urey, and its properties—some of which had to be known in order to find it—were predicted on the basis of quantum mechanical calculations. The discovery was a scientific feat of the first magnitude, for which Urey received the Nobel Prize in 1934. In a very few years heavy water, with two atoms of deuterium instead of ordinary hydrogen, would become of immense importance in the development of atomic energy for the war effort because of the ability of the deuterium nucleus to absorb neutrons emitted during the fission of uranium atoms in nuclear reactor elements. As a label, deuterium has proved to be a crucial tool for unraveling the mechanisms of many biochemical processes and for understanding many details of chemical bonding and reactivity. It has been the key to the development of artificial trace markers for calibration of analytical procedures for environmental analysis and other studies.

Murphy's contributions, however, came in the discovery of the isotope and the first applications of deuterium to understanding the spectra of small molecules. After more than half a decade with Urey, he returned to Yale in 1936, combining his research interests in the mathematical theory of chemistry, spectroscopy, and thermodynamics. From 1943 to 1946 he was a division director of the Manhattan Project at Columbia University, working on aspects of atomic energy development. A great love of opera was among the factors that persuaded him to stay in New York at the end of World War II. In 1946 he joined the faculty of New York University, becoming chairman of the chemistry department in 1958, associate dean of the Graduate School of Arts and Sciences in 1960, acting dean later, and finally distinguished professor in 1968, a few months before his death in Columbia Presbyterian Hospital after a long illness.

His interests in mathematical aspects of chemistry led to the publication with Henry Margenau of Mathematics of Physics and Chemistry during World War II. This textbook, which went through a number of editions, was both a companion to every physical chemist of the next generation and a model for the present generation of textbooks on mathematics for scientists. Murphy also was coeditor of chemical dictionaries and a treatise on the separation of uranium isotopes. Late in life he wrote a short reminiscence of the discovery of deuterium (Isotopic and Cosmic Chemistry 1 [1964]).

In May 1934 he married Mary Daggett, whose father, Parker Daggett, had been head of the electrical engineering department at The University of North Carolina and was then at Rutgers University. They had two children, Margaret and William.