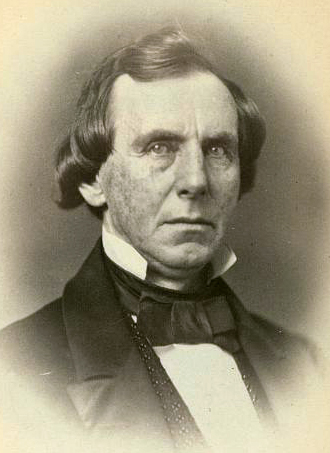 John McQueen, congressman, Confederate official, lawyer, and planter, was born in Queensdale, near the town of Maxton, Robeson County. Educated by private tutors, he was graduated from The University of North Carolina. In 1827 he moved across the state line to Bennettsville, the most prominent town in Marlboro District, S.C., where he read law and was admitted to practice in 1828. McQueen's early career is rather obscure. He apparently did not become a political candidate until he unsuccessfully sought the congressional seat of Alexander Dromgole Sims in 1844.

During the 1830s McQueen established himself as a successful lawyer and prominent member of the community. He served in the state militia from 1833 to 1837. It is not known what rank he attained, but a county history refers to him as General McQueen. On 12 Dec. 1830 an Academical Society was organized at Bennettsville, and McQueen's name appears along with those of other influential citizens as a signer of its constitution. McQueen, John McCollum, C. W. Dudley, Nathan B. Thomas, and E. W. Jones comprised the board of trustees. McQueen was also active in promoting industry. Marlboro District's first cotton factory, built in 1836, was organized by a joint stock company consisting of John Williams of Society Hill, John Taylor of Cheraw, and William T. Ellerbe and John McQueen of Bennettsville. Between 1830 and 1840, McQueen's financial situation improved markedly. Unmarried in 1830, he owned a single slave. By 1840 he was married and had one son; he owned seventy-two slaves, twenty-eight of whom were employed in agriculture and fifteen in industry. Some of them may have worked at the cotton factory, which employed slave labor.

In 1848 Alexander D. Sims died shortly after his reelection to Congress, and McQueen was elected to fill the vacancy. He served in the House of Representatives until his retirement on 21 Dec. 1860, the day after the South Carolina convention passed the Ordinance of Secession. In the House McQueen did not often appear as an orator. During the various political crises of the 1850s, he voted as a states' rights Democrat and advocated resistance by the South on the issues of the tariff and the admission of California as a state, the subject of his initial speech in Congress. He thought that secession was inevitable and that the South should risk the consequences rather than abandon what he considered to be Southern rights and liberties. In South Carolina's first election after secession, McQueen won a seat in the Confederate Congress.

After the war he retired from public life and settled in Society Hill near Darlington, S.C. He was buried in the Episcopal cemetery at Society Hill. There is a photograph of McQueen in the Manuscripts Division of the South Caroliniana Library; it was probably taken for Charles Lanman's first edition of the Biographical Directory of the American Congress.