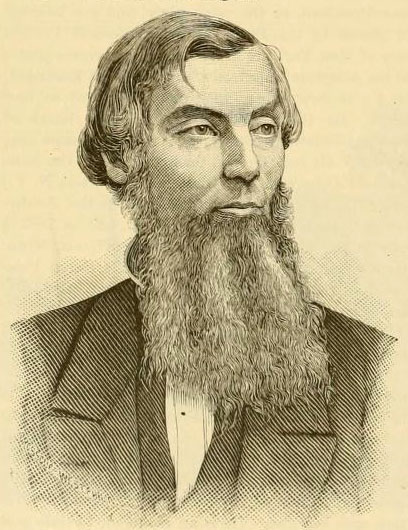 Samuel Brown McPheeters, Presbyterian clergyman, was the fifth child of William, a prominent Presbyterian clergyman and educator in Raleigh and Fayetteville, and Margaret Ann Curry McPheeters. Born in Raleigh and educated at the Caldwell Institute near Greensboro (1836–38) and The University of North Carolina (graduated 1841), McPheeters studied law in Raleigh and later theology at the Princeton Theological Seminary. Licensed as a clergyman by the Orange Presbytery in 1846, he performed his first pastoral charge as a missionary to slaves in Amelia and Nottaway counties, Va. In 1848 he began a three-year pastorate at the church in Amelia Courthouse, Va. He then moved to St. Louis, Mo., where he served a twelve-year tenure as pastor of the Westminster or Pine Street Church. As the distinguished pastor of the city's largest Presbyterian church, he was awarded a D.D. degree by Westminster College.

When his health failed in early 1860, McPheeters took an extended leave of absence to reside in New Mexico, where he served as chaplain at Fort Union. After severing his ties with Westminster Church, he moved to Shelbyville, Ky., and served as minister to Mulberry Church from 1865 until his death five years later. In 1851 he had married Eliza Cassandra Shank of Fincastle, Va.

McPheeters's chief claim to national prominence resulted from the notoriety he achieved as a border state minister during the Civil War. Because he derived from a Southern family, it was assumed at the outset that his sympathies lay with the Confederacy and with slavery. Although he was on leave in New Mexico when the war began, many of his parishioners wished him to state his position with regard to the Union publicly. On his return to St. Louis in late 1861, he refused to do so. In June 1862 his refusal to support the Union became a matter of controversy when he chose not to answer a public demand to announce "in a plain and candid manner, whether you are in favor of the Government of the United States . . . or whether you are in favor of the rebellion, and wish the success of those who seek to dismember the Union, and to establish a 'Southern Confederacy.'" McPheeters's persistent refusal to respond despite wide public pressure throughout the border states fed presumptions that he privately supported the Confederacy and aided its cause. Despite an eloquent defense of his right to maintain his views privately in a publication entitled A Correspondence between Some of the Members of the Pine Street Presbyterian Church and Its Pastor (1862), the pastor and congregation parted company in 1863.

Samuel Brown McPheeters, A Correspondence between Some of the Members of the Pine Street Presbyterian Church and Its Pastor (1862). http://hdl.handle.net/2027/hvd.hx4ue3 (accessed July 14, 2014).

Alfred Nevin, Encyclopedia of the Presbyterian Church in the United States of America (1884). https://archive.org/details/encyclopaediaofp00nevi (accessed July 14, 2014).