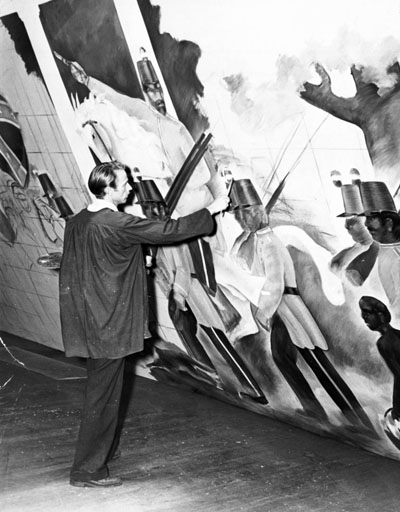 James Augustus McLean, artist and teacher, was born in Lincolnton, the son of James Thomas and Lilly Haynes McLean. After attending The University of North Carolina for the session of 1922–23, he was admitted to the Pennsylvania Academy of Fine Arts where he remained for five years. During four of those years he was an assistant in charge of the academy's summer school held at Chester Springs. He also won a competition for a summer of study abroad and visited Italy, France, the Netherlands, and Germany.

After graduation young McLean was offered a teaching position at the Academy of Fine Arts, but he chose instead to accept an opportunity to return to North Carolina. With the encouragement of the new North Carolina State Art Society, he founded the Southern School of Creative Arts in Raleigh in the fall of 1929. McLean was trained in both painting and drawing and used oil, watercolor, tempera, charcoal, pencil, and crayon; he was also a sculptor. Interest in the arts began to develop and enrollment in the school increased. McLean convinced the city schools in Raleigh to start art classes, and he talked with administrators at North Carolina State College and at The University of North Carolina about adding art courses to their curriculum. At State College he taught art in night classes for two years prior to the establishment of the School of Design, and he taught on the Chapel Hill campus on a free-lance basis for a similar period. 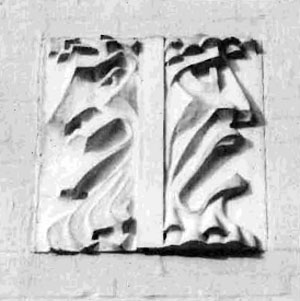 At his own school he was soon joined by Carrie Ann Simpson, a dancer, and the young enterprise seemed destined to become a well-rounded school of the arts. To earn money in the early lean times, McLean painted scenery for school auditoriums. As his reputation grew, he became one of the founding members of the North Carolina Association of Professional Artists. Six of his paintings were used in movie sets in Hollywood. Although enrollment at his school declined during the depression, he continued to teach for more than twenty years. His broad interest in all of the arts was reflected in his role in establishing the Raleigh Little Theater in the 1930s and in his effective service as its first president. McLean's studio was the Little Theater's first headquarters.

Because of the depression the federal government began to sponsor numerous new programs intended to occupy people otherwise unemployed, as well as to provide them an income. When he heard that a program in the arts was under consideration, McLean drew up plans that were readily accepted by the government and evolved into the Federal Art Project. Before long, artists across the nation were busily creating works of art for post offices, schools, and public buildings. As well as painting murals himself, for a time he also administered this program in North Carolina. 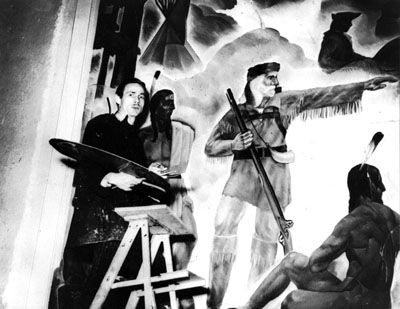 McLean married Carrie Ann Simpson soon after she began teaching in his school, and they became the parents of four children. He was buried in Oakwood Cemetery, Raleigh.