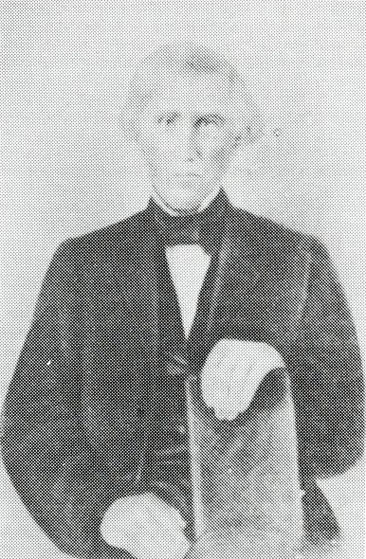 Hector McLean, Presbyterian minister, teacher, and farmer, was born in Randlesville, Robeson County, the son of John and Effie McLean. He attended Union Theological Seminary in Virginia (1829–32), was licensed at Clinton, S.C., on 6 Nov. 1832, and served as stated supply for Bethel, Pee Dee, and Bennettsville. On 13 Dec. 1833 he was ordained in the Fayetteville Presbytery and called to Antioch Church in Robeson County, which he served until his death fifty-six years later. After receiving a call in November 1844, he also ministered at Philadelphus Church, Robeson County, until his death.

McLean was active in the early beginnings of the Temperance Society in Robeson in the 1830s. The county had large fruit crops, and he often preached to his congregation about the distilling that was done among his flock. But there were other activities of which he approved. The Antioch Bible Society, organized during his second year, was important in the work of the church and received an annual collection from the congregation. Antioch also had a Sabbath school that flourished under the pastor's influence and a Female Foreign Missionary Association, both of which began in the 1830s. "Father McLean," as he came to be known throughout the county, established a Sabbath school among the Indians of Robeson County, visited with them, and periodically taught them the Bible.

Many of the ministers of the nineteenth century were also teachers, and Hector McLean was no exception. In 1838 he established a school in Antioch. In 1844–45, his first year in the pastorate at Philadelphus, he established one there as well. He taught in both schools for many years. Although he was in ill health much of his life, he still had a full and productive career. Ministers and teachers were paid such small salaries that it required both for the McLeans just to get by. During the Civil War everyone sacrificed, but after Union General William T. Sherman came through, life was extremely difficult; McLean became a farmer in order to feed his family. In 1871, for the first time in several years, he did not refer to the poverty within his congregation.

His coworkers said of him that he was "practical rather than philosophical," conscientious, gentle, sympathetic, and sensitive to the feelings of others. This did not prevent him from preaching what he considered the pure gospel or from sessioning members who broke the rules of the church. His simplicity, consistency, and impartiality combined with his gentleness won respect and love from all denominations.

McLean married Susannah Brown, but they had no children. They lived at Melrose, which was within commuting distance of his two churches. He was buried in Melrose.

Minutes of the Synod of North Carolina (1889). https://archive.org/details/minutesofannuals89pres (accessed September 23, 2014).