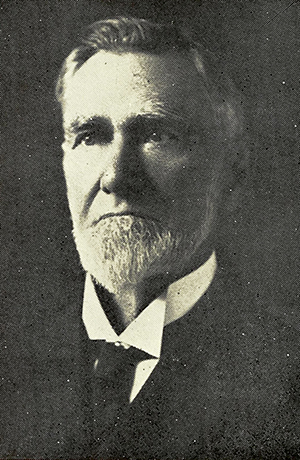 Robert Henry Marsh, Baptist minister and president of the Baptist State Convention of North Carolina, was born in Chatham County, the son of Robert and Lucy Marsh. His grandfather, William Marsh, moved to Chatham County from Virginia as a young man, served in the American Revolution, and obtained land grants from the state of North Carolina. Young Marsh received a B.A. degree from The University of North Carolina in 1858 and was appointed tutor in languages at Wake Forest College in 1859. After attending the Southern Baptist Theological Seminary, Greenville, S.C., in 1860–61, he was awarded the M.A. degree at Chapel Hill in 1861. In 1886 he received an honorary D.D. degree from Wake Forest College.

Marsh was baptized on 2 Oct. 1856 and was licensed to preach by the Chapel Hill (now University) Baptist Church on 5 Mar. 1859. He was ordained on 1 Sept. 1861 at the First Baptist Church, Raleigh. A few hours after ordination, he was on the march as chaplain of the Twenty-sixth Regiment, North Carolina Infantry. He served with this regiment until superseded by a Confederate army chaplain. In the spring of 1862 Marsh became a professor in the Oxford Female Seminary, where he taught until 1864.

On 22 June 1863 he married Lizzie Hayes (24 Sept. 1842–19 Sept. 1917), the daughter of Henry C. and Ann E. Hayes, of Mecklenburg County, Va. They had one daughter, Mrs. C. D. Ray. Marsh died, according to his physicians, of "advanced age." The funeral services were held in the Oxford First Baptist Church, with burial in Oxford.