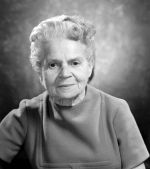 Anna Forbes Liddell, suffragist, organizing president of the first Equal Suffrage League in North Carolina, and university professor, was born at the family home on East Avenue (afterwards the site of the city hall) in Charlotte. She was the daughter of Walter Scott Liddell, president of Liddell Company, manufacturer of machinery, and Helen Sherman Ogden Liddell.

Anna Forbes Liddell, who preferred to be called Forbes, had early interests in creative writing and journalism. Between 1909 and 1920 she held a variety of jobs, attended college, and was a free-lance writer for several magazines and newspapers, including the New York Evening Post . She attended Presbyterian (now Queens) College in Charlotte from the primary department through the middle of her second year of college. She then began working with the advertising department of the Charlotte Observer . After attending summer school in 1908 at the University of Tennessee, she spent one semester at Columbia University in New York. For a time she wrote articles for magazines and prepared special articles for the Wildman Agency in New York City. Among her writings was a long serialized juvenile fairy story entitled "The Adventures of Arrabelle and Wigglewumps in the Enchanted Garden," published in Holland's Magazine (1919–20).

In the summer of 1913 there was renewed interest in the question of woman suffrage, a subject that had attracted little attention since the brief flurry of activity between 1895 and 1899. In November 1913, largely through the efforts of Forbes Liddell and Susanne Bynum of Asheville, the North Carolina Equal Suffrage League was organized in Charlotte. It played a very active role in bringing this issue before the state's citizenry. Miss Liddell also was one of the editors of a special suffrage edition of the Charlotte Observer . In a contest conducted by Life magazine for the best original article on "Feminism," her entry was one of eight selected and purchased from among the 3,000 submitted.

In 1915 Forbes Liddell left Charlotte to enter The University of North Carolina. After withdrawing for a year, she was graduated in 1918 with honors as an English major. At Chapel Hill, she was active in the Dramatic Club, was a member of The Tar Heel staff, and took courses under philosophy professor Horace Williams whom she admired very much. In January 1919 she once again moved to New York City to work in the circulation department of the publishing house of McGraw-Hill. Because of ill health, however, she soon returned to North Carolina and became principal of a two-teacher school in Mecklenburg County for a brief time and then taught English in the high school in Salisbury until 1921. In the latter year she entered Cornell University, where she received a master of arts degree in 1922 and was awarded the Sage Prize in philosophy in 1923. From Cornell, Miss Liddell transferred to The University of North Carolina and in 1924 became one of two women to receive a doctor of philosophy degree at the university—the first women to do so; her dissertation was written under the direction of Horace Williams. She later studied at the University of Heidelberg in Germany, as had Williams.

In the academic year 1925–26, Forbes Liddell was professor of social studies at Chowan College, Murfreesboro. In the fall of 1926 she joined the faculty of the Florida State College for Women (which became Florida State University in 1947), in Tallahassee, where she taught philosophy until her retirement in 1962; from 1932 to 1951, she was head of the Department of Philosophy and Religion. In 1959 she was elected Distinguished Professor of the Year.

She was a Democrat and a member of the Baptist church until late in life when she became an Episcopalian. A lifelong advocate of woman's rights, in 1978 she rode in her wheelchair to a rally where she admonished state lawmakers for not ratifying the Equal Rights Amendment in Florida. She once said that all the arguments the legislature used against ERA were exactly the same arguments she had heard used against women's right to vote.

Forbes Liddell never married. She died at age eighty-seven and was survived by a sister in Charlotte, a nephew, and three nieces.